I haven't posted anything in two weeks!  I guess I did promise that I may post all the time or never!  In my defense, I moved into a new place last weekend, so I was busy packing and moving.  Now I am supposed to be busy unpacking and arranging furniture, but I'm feeling unmotivated.  I'm in a very weird place.  I'm excited about the new place, about living with Rob, about losing [part of] my commute.  But I'm vaguely aggravated with a few irritating people and situations right now.  So, it's taking some of the excitement out of my new life.

Why can't I go back to the simpler times?  When I was a baby.  I didn't have to work or even go to school.  My parents might have hated each other but I didn't know (or maybe they didn't hate each other yet).  I got to hang out in my dad's boat naked (still love being naked, by the way).  Wind in my hair.  Sun on my face.  I didn't have to worry about a job.  Paying the bills.  Maintaining relationships.  PMS.  Being a fat ass and out of shape.

I'm grumpy and upset because I think I've finally realized what is causing my hip to hurt.  And, it's pole dancing.  :-(  Between moving Rob (he lives on the third floor with no elevator) and dealing with my own move (although slightly less physically intense since I hired movers for most of it), I expected to be almost unable to move this week.  But I felt great.  In fact, I had four straight days of almost NO pain whatsoever (this hasn't happened since I started having pain last November!).  Then on Tuesday I went to Twirly Girls.  I literally did about five minutes worth of moves -- maybe two spins (I had gone to Keith at Tri-Valley Bodyworks for a body re-alignment and he used some massage oil on me so I was too slippery to do much pole).  But by Tuesday night, I was already in pain.  I could feel the stiffness and soreness setting in.

So what is causing it?!  The transitions?  Maybe if I wear those little dance footies on the balls of my feet, it will make transitions smoother (and less painful for my hips)?  The twirls?  I can't imagine since I did maybe TWO.  (I have noticed that it also doesn't help that I have a desk job...sitting still for hours on end is KILLING my body.)  I can't invert.  I can't climb.  So, it's not like I'm doing crazy moves that are so hard on my body.  I just don't know.  I am hoping that as I lose weight and get into shape, it won't matter and I'll be able to do whatever I want without pain or worry.  But, as for now, I'm sad, frustrated, grumpy, whiny, bitchy, and just generally feeling like being an asshole so that everyone else can feel my pain.  :-)  Oh yeah, and my eyes itch.  I'm severely allergic to something close to where I work.  So I get allergy shots and yet my eyes still feel like they're on fire.  Maybe I shouldn't have written this while I had itchy eyes.  :-D

So, that's it for now.  Next time, I promise to come back with something more fun and/or exciting to report.  Until then, keep twir....  Nevermind.  Just hope I don't kill anyone. 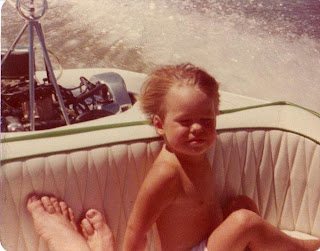 Posted by lolorashel at 3:37 PM

Email ThisBlogThis!Share to TwitterShare to FacebookShare to Pinterest
Labels: random