Just when things are looking up...

Wednesday night I had a double dose of Twirly Girls...had a great class with the girls.  Then I stayed for a taster class with a couple of other friends.  I am feeling stronger and doing moves I haven't been able to before.  Despite losing some skin on my fingers, I left feeling good!  Rita's birthday is coming up and we've been talking about choreographing a dance for a few of us.  Cute costumes...fun routine.  I left work last night in the BEST mood.  I didn't really know why.  I'd worked a full day but I'd been chatting with some of the girls about setting up practice times for Rita's dance.  Maybe I need upcoming events and projects to keep my mind from wandering into dark territory.

I'm pretty honest with people that I entered a really dark time in the last few months and decided to go back on medication.  I'm almost two months in and I really feel like it's making a huge difference in how I feel and interact with other people.  Having positive things to look forward to must definitely be helping improve my mood and outlook.

Then this morning as I was driving to work, my mom called.  My grandmother's house burned down last night.  My mom was there and was able to get herself and my grandma out in time.  Apparently one of their dogs -- Annie, their doberman -- woke her up.  But another dog, Jake, didn't make it out.  They could hear him inside whining but the firefighters wouldn't let my mom go get him.  My sister said the firefighters tried to revive him but he didn't make it.  It just threw me into a tailspin.  I believe my family moved to this house when my mom was around 4 -- so they've been there for almost 50 years.  I grew up there!  Played in the orchards and irrigation ditches as a kid.  Cut apricots to dry for spending money.  Canned fruit with my grandma.  Mowed the orchards for my grandpa with the riding lawn mower (that's not work, that's just fun!!).  My grandfather passed away there a few years ago.  I mean, yeah it's just a house.  Insurance will replace it.  And you can't take our memories away.  I am just so grateful that my mom and grandma got out safely.

But I cannot get poor Jake out of my head.  I'm sure he was so scared.  I just hope he went quickly and didn't feel any pain.  He was such a sweet dog.  I remember him sitting under the table around the holidays one year...hoping I'd drop something to him (I totally did).  I kept calling him the creepy dog because he had these intense (but beautiful) yellow eyes. I hope Jakey is up in heaven running around with Rockie (another dog who passed last year), Apache (a horse they had to put down this year), Coatze (another horse) and Jade (my sister's cat).  RIP, Jake.  You were a great dog!!! 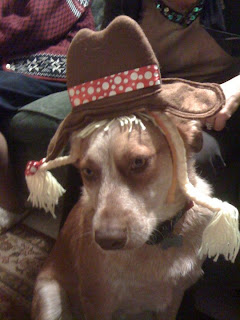 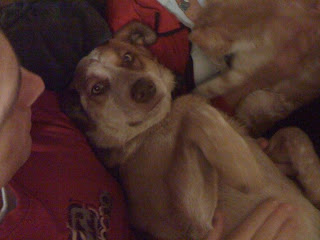 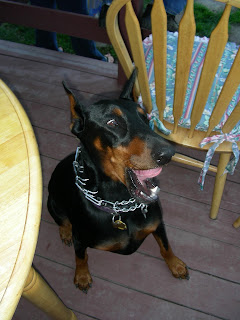 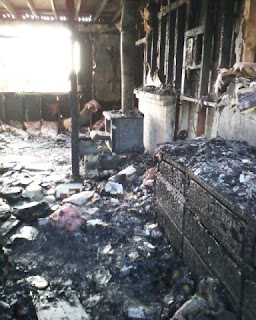 By Robert Salonga
Contra Costa Times
Posted: 11/05/2010 08:11:19 AM PDT
Updated: 11/05/2010 09:50:30 AM PDT
BRENTWOOD -- A farmhouse was heavily damaged by fire but its residents were able to escape safely thanks to an alert pet and smoke detectors, the East Contra Costa Fire District said.
The one-alarm fire was reported about 12:30 a.m. at a single-story home in the 7000 block of Lone Tree Way. Firefighters arrived to find smoke and flames shooting out of the home, said Battalion Chief Jake Gonzalez.

"It was coming through the windows and doorways," Gonzalez said.

A woman living at the home was awakened by a family dog, Gonzalez said. When she got out of her bedroom, she saw waist-high smoke and the smoke detectors started sounding.

She tried to get a garden hose to put out the fire but soon realized it was too serious and instead went to help her elderly mother out of the house.

Both got out safely and were treated for minor injuries, including smoke inhalation and minor cuts and scrapes, Gonzalez said.

The fire was extinguished within 20 minutes. The dog that alerted the residents survived, but a second family dog died in the fire.

The home sustained major damage and was uninhabitable, but a cost estimate was not available. The cause of the fire, which may have begun in a living room, is under investigation.
Posted by lolorashel at 10:29 AM