The Adventures of Zeus and the Chilidog

Well, really, this should be called the Misadventures of the Chilidog.

Last August, Rob and I took Chilidog to the vet (along with Zeus) for a checkup.  We thought maybe one of them had a bladder infection.  Although the vet didn't really think anything was wrong, they did mention that maybe Zeus was a little fat (he's not fat, he's big boned!!!).

So we put Zeus on a diet.  It's really hard when you have two animals eating out of the same bowl.  We noticed Chilidog lost a couple of pounds (went from almost 12 pounds to about 10), and in December, a friend noticed that she could really feel Chilidog's spine.  So we decided we'd rather have a fat Zeus than a skinny Chili.  We started putting regular food back in with their diet food (because it's actually really hard on a kitty's stomach to just switch their food), and eventually got them both back on regular food.  But Chilidog didn't stop losing weight.

Last week, Rob noticed that Chilidog had been pretty sluggish and that Zeus wasn't playing with him as much.  In the wild, it is common for animals to either attack or shun an injured or sick animal, because they might slow the pack down.  So, we went to the vet (different vet, by the way...cat specialist...not sure if the other vet missed an infection and possibly caused this issue).

It turns out that Chilidog has kidney failure.  The vet said that one kidney is completely gone and the other is at least 2/3 gone.  We have no idea how she knows this from blood work, but we believe her.  She said that based on the weight loss alone, Chili's liver should have gone out and he should be dead.  We don't know if this is from an infection or if he's always had kidney issues.  Chili is very dehydrated as a result.  Side story:  After we moved in to the Walnut Creek condo, Rob and I got larger feeders for the guys.  Zeus, however, likes to wash his feet in the water before he drinks -- ewwww.  Chilidog thinks so too.  So we think that Chilidog was also avoiding drinking water because his brother has bad table manners.  It wouldn't have caused his problem, but it could have contributed to how fast he went downhill.  At the vet last week, Chilidog was down to 6.8 pounds.  He's lost almost half of his body weight.

Anyway, the vet is still running tests and we are currently just trying to get Chilidog to drink and eat as much as possible.  And she was actually very surprised that Chilidog was as alert and happy as he is.  She said that most cats who are that close to death have dull skin, fur and eyes and just look sick.  Chilidog, other than being a little tired, otherwise acts like a happy Chilidog.

Eventually, we will probably have to give him potassium supplements and daily water injections directly into the skin.  We have reinstated his old feeding/watering bowls, and he is a stoked little dog.  Zeus still has his bigger bowls to put his feet in if he wants.  Chilidog is pretty tired but he is alive.  The good news is that the guys cuddled for the first time in a couple of weeks on Sunday, so that's giving us hope that with a little bit of help, Chilidog will continue to lead an active, happy life.

Please keep good thoughts for Chilidog and if you'd like to contribute to his vet fund, feel free to visit their web page or donate through pay pal.


Donations are not tax deductible.
We are not a 501(c) non-profit organization. 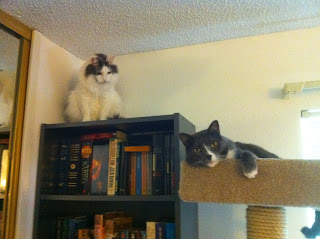 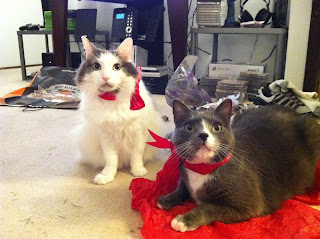 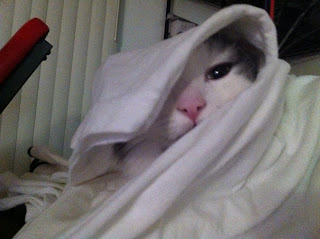 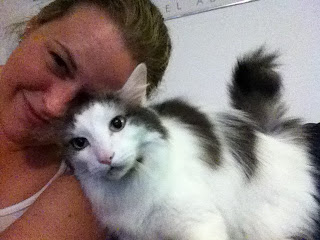 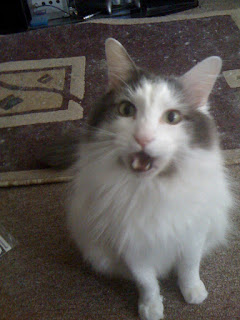 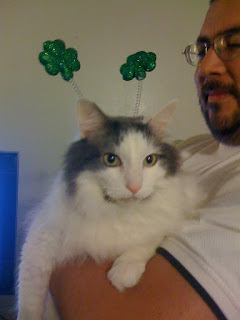 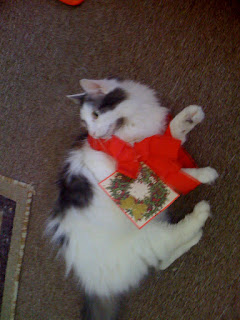 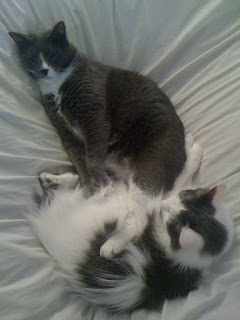 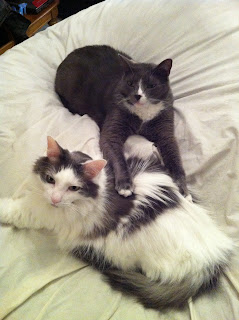 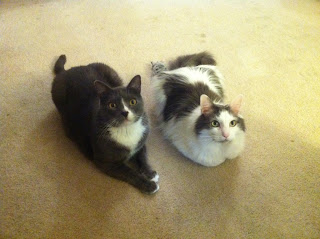 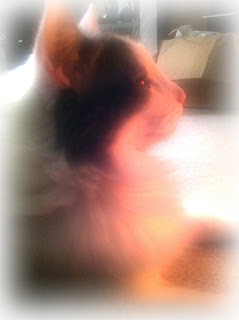 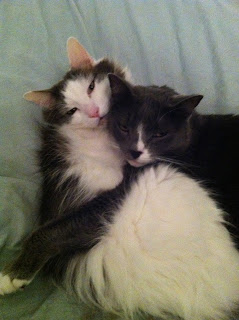 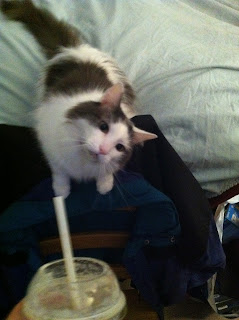 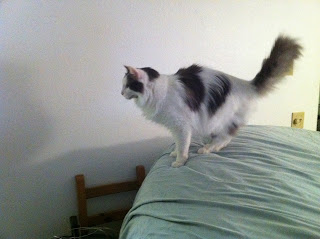 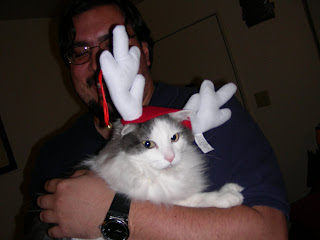 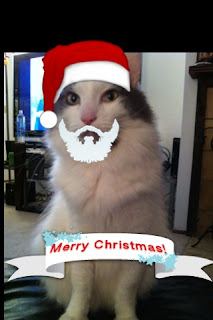 Posted by lolorashel at 6:26 PM