The continued misadventures of a Chilidog

Here's the last Chilidog update if you need/want to get caught up (which includes links to previous updates).

On the outside, Chilidog was making a comeback.  He went from death's door to happy kitty in the span of a few days.  In only a few weeks, he's changed so much, we were certain the old Chilidog was pretty much back.  We went to the vet this week for a check-up.  We expected to hear great news -- Chilidog was making a full recovery!  Sure, we'd still be giving him his IV fluids every other day and his potassium twice a day (by mouth), but he'd happily be around for another 6 or 7 years.  Chilidog was up to 7.1 pounds -- a pretty big gain for a kitty that small.  His fur and skin looked and felt better.  The vet could even see his veins!

The vet called yesterday.  Rob was in the shower so I took the call.  She says, I have bad news.  I hesitated a second because I kind of thought she was kidding.  I'll spare you the full details but basically, Chili's creatinine has doubled and his phosphorus is high.  This means his muscles are still breaking down, and his bones could become brittle and break.  The phosphorus is binding with the calcium in Chilidog's bones.  So, now we have added a phosphorus binder to Chilidog's repertoire of medications -- orally three times a day.  It tastes like cherry and he's not a fan.

So, I have no idea what's going to happen with the little dog.  Instead of 6 or 7 years, we are still hoping for a happy 1 or 2.  But we really don't know.  The vet is stumped.  She said she didn't expect these kinds of numbers.  She had told Rob at the last visit that, when the phosphorus gets high, we'll know he's close to the end.  He still doesn't act like a super sick kitty.  He's been active and playing with Zeus.  But his poor little insides are destroyed.

Chilidog is a fighter, though, so I'm going to try to just enjoy the time we have with him and let him figure out the path he needs to take.  It sure isn't easy knowing he could be hurting and he's just so tough that he's not showing it. 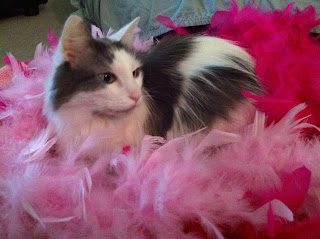 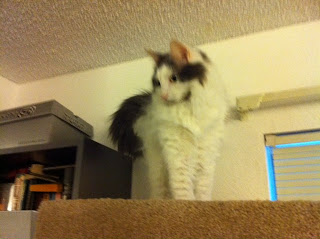 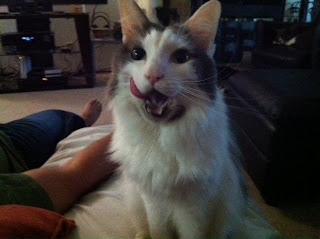 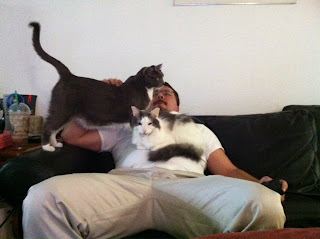 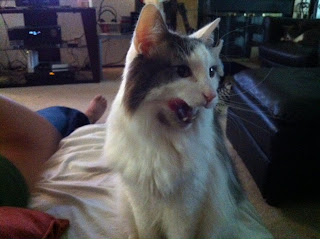 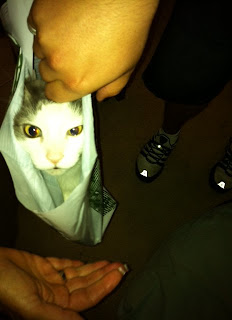 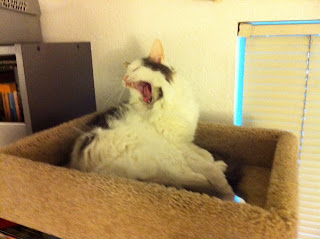 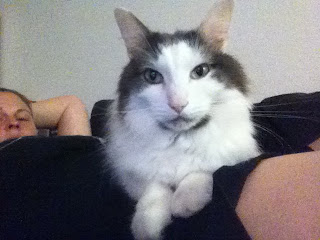 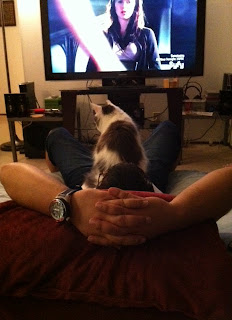 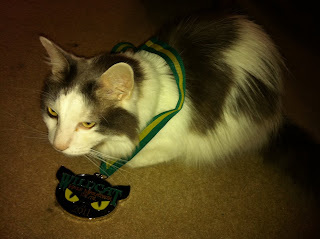 Posted by lolorashel at 9:32 AM

Email ThisBlogThis!Share to TwitterShare to FacebookShare to Pinterest
Labels: adventures of zeus and chilidog, cats, Chilidog