This year, Bel's boyfriend, Doug, started a boot camp class at Twirly Girls called Twirly Tuff. We are a starting our third month of classes, and I am still amazed at how much stronger I feel at every single class.

I've talked about cardio and weight lifting in various posts over the last two years.

Twirly Tuff really focuses on functional strength and exercises to help us get stronger for pole dancing.

I've been really frustrated. I lost 5 pounds the first week I started following a Paleo diet plan -- maybe two months ago?  I had gotten up to 257 pounds and got down to 252 pounds [http://lolorashel.blogspot.com/2012/01/year-of-viking.html]. I'm still pretty much sitting around that weight, sometimes up to 254, but mostly at 252. The scale hasn't truly moved in awhile -- probably in six weeks. And I haven't been below 252 at all. It's my fault. I know it. But I get frustrated. People tell me, pull this food/habit out and you'll lose weight like crazy. Do this or that, and you'll lose weight like crazy. I do or don't do what I'm told and I don't lose weight like crazy, then I think: why the hell did I just give up all of the good stuff in my life if I'm not losing weight?!

I also know, this is how my body works. Whether it's from the gastric bypass or from getting older, I don't lose weight like I used to. Gone are the days when I could do slim fast for two weeks and drop 20 pounds. I can work out and eat well and drop five pounds overnight, then not lose a thing for months. When I lost weight a few years back, I was averaging ONE pound of weight loss each MONTH. I would lose a few pounds, gain a pound, lose, gain, all over the map. It is super frustrating and depressing.

Last night a friend threw out the idea of not weighing myself: http://www.screwthescales.com/

It makes me nervous. The scale tells me every day if I'm fat or not. Oh wait, except I don't need the scale to tell me if I'm fat. So I'm seriously considering "screwing the scales."

Doug had already broached this subject. How about setting a non-weight loss related goal? Mine is to do A push-up. A REAL push-up.

I know I'm struggling with the weight loss. I NEED to lose weight and I feel like the more I focus on it, the longer it will take to happen. I recognize that I need a well-rounded workout plan and that I need to keep my binge eating under control. I had a doctor once tell me that I should cut out all weight lifting and do only cardio. I don't agree with that philosophy. However, I also know I need cardio to keep myself from getting out of breath dancing just one single song on the pole. I feel like I have a pretty well-rounded workout plan right now.  Maybe I could use a little cardio but I'm pretty much working out every day so I KNOW, I FUCKING KNOW that it can only be food causing me problems right now.  Fuck food.  Fuck it all to hell.

So, here I am. Operation Lose the Lard Ass surely isn't going the way I wanted it to. But it seems to be the story of my life and I'm coming to a place where I think it's just easier to be fat. 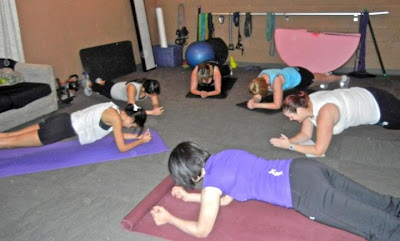 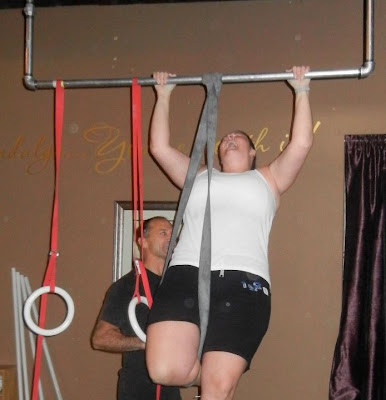 Posted by lolorashel at 4:03 PM