Last year, I declared war on my fat ass.  But then I mostly rooted around in the mud, not really going anywhere.

Here's a history of my weight from the four month update on Operation Lose the Lard Ass:

Two months ago (March 2012), I decided to employ the "Screw the Scales" line of thinking.   Two months.  No stepping on a scale.  I talked about participating in this post:  http://lolorashel.blogspot.com/2012/03/challenges-of-being-curvy-girl.html

So how did I do with two months of having to find other ways to torture myself about being fat?  I did ok.  I start tracking calories again (very lightly, since getting too involved in planning meals and tracking fat, calories, protein, etc. just makes me want to binge).  I have been taking measurements and photos (in a bikini...ewww).

My official final weigh-in after two months was on 5/4/2012 and I was....drum roll please... 254.6.
Not exactly the number I was hoping for but definitely happy I wasn't higher than when I started.

I have decided to only weigh once a month.  I will do measurements and photos at that time as well.

I recognize I am a food addict and it's something I will have to battle every day.  As I said before, it may be the reason I do what I do but I know I can't lean on that crutch forever to justify being unhealthy:  http://lolorashel.blogspot.com/2012/04/heres-my-crutch-its-not-excuse-its.html

At the end of the day, I am trying to remember where I came from.  No matter how unhappy I am with my current situation, I am nowhere close to being back "there" again.  So the battle continues... 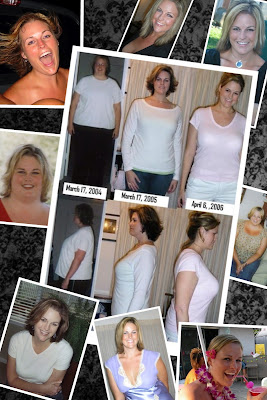