I am not at war...with anyone

It seemed like such an innocent request.  Chrystal, the owner of Curvy Girl Lingerie in San Jose, California, posted a photo of an un-photoshopped woman in her lingerie for all to see.  She received such a positive response, she asked the rest of us to get involved.

Side note:  Yes, I added my photo to the mix.  And yes, I get that with all my plastic surgeries, I may not look like the average plus-sized lady, but I am a size 18, which is definitely plus-sized and I still have many insecurities.  In fact, my original post to Chrystal's private group (not the public fan page) was to show off my back fat, which is my nemesis and to say that everyone has something they are insecure about, even if everyone else believes they should love the body they have.

Then here comes the shit-storm.

How dare fat women show skin on the internet!  We aren't "regular" people, we are horribly obese blobs of butter and fat who shouldn't be allowed to leave our homes!  There are these internet trolls out there who pretend they are concerned for people's health, when they really just like to say mean things and make people cry for a living.  They all clearly don't have jobs or other shit to do if they have time to attack people online all day.  I very rarely read comments on fat-centric articles or blog posts, as I know the trolls will be out in force and I feel like they only have power when we bother to respond to them.

Maria Kang, aka Hot Mom, aka "What's your excuse?" lady, aka chick who also clearly has too much time on her hands (or who needed the free publicity), immediately jumped in to berate all the fatties for being unhealthy.  There are multiple articles on either side of the fight, which you can easily Google if you are interested.  I linked one for reference.

I really don't understand why larger people posting photos on the internet is so offensive to anyone.  If they don't like it, don't look.  You know they don't actually care about our health and/or well-being.  So do they just need to feel superior by putting us down?  I don't really know.

I also don't understand why everyone needs to fight about this.  I don't feel offended if a thin woman posts a photo of herself in her underwear and I certainly hope she wouldn't care if I posted a photo of me in mine.

I am an overweight (arguably obese) person.  I am active (I work out five to six days a week, and walk to and from the train on work days).  I don't eat fast food all day.   I'm just big.  Who cares?  I'm not bothering anyone else with it.  I don't want to hear arguments about how I wear out my car tires and shocks faster because I'm fat.  Or that I cost more in medical expenses.  Guess what...thin people with medical issues cost money too.  Children with cancer.  Adults who smoke.  Are we all not spending some kind of money on medical care regardless of our size?

I am not at war.  Not with myself.  Not with other fat people.  Not with skinny people.  Not with anyone.  I feel like everyone should do whatever makes them happy.  If what makes them happy is to shit on other people, well I don't agree with it, but they are welcome to do it in our supposed free country.  As long as they aren't being violent or actively harassing people, I feel like that is their right.  (Anonymous asshole note on the internet?  Rude but acceptable.  Sending nasty e-mails directly to someone?  Not okay.  Using someone's fat photo to make a meme about how stupid fat people are?  Most definitely NOT okay.),

#myfatwashere is still in full force and effect.  If you have photos of your large body doing things that everyone believes you can't/won't/shouldn't do, please post them!  I am on Instagram and Twitter under @lolorashel.  I can't wait to see what you come up with! 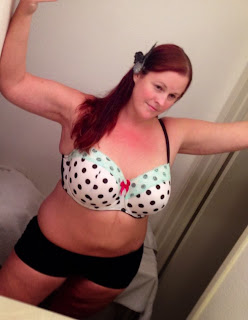