I have been blogging for five years now.  For most of that time, I have been battling injuries.  Known injuries.  Unknown injuries.  I have been in a world of hurt.  I have days of being in less pain, and days where the pain was unbearable.  I have worked with an amazing bodyworker named Keith.  I have my awesome doctor who has performed tons of myofascial release on my hip and leg.  I have a great massage therapist working on my feet.  Although I went through periods of time with less pain, I was never fully out of pain.

Enter Tobe.  Tobe works on many Twirly Girls.  I have been referred to Tobe many times by many people.  I figured he couldn't do anything different or better than Keith, so I never called.  Finally one day a few months back, I thought maybe I should consider it.  My doctor has been doing myofascial release since late June of 2014.  I felt like I should be "cured" after close to a year of weekly (or twice weekly) visits.  I decided a call was worth it.

So I went to Tobe.  He put me through all the stuff I've been through before.  Does that hurt?  Does this hurt?  Bend over and touch your toes.  Bend sideways.  Lay on this table.  Push against me.  Pull against me.  All the stuff.  The funny thing was, nothing really hurt.  I insisted that my hip DOES in fact hurt much of the time.  Tobe looked at me quizzically.  He asked, do you often find yourself doing things you don't want to do?  Ummm, what?  We are here to talk about my hip!  We spent the rest of the appointment talking about some of my issues while he worked on my hip.

Tobe told me how a lot of unexplained pain can be related to muscle tension.  Frustration, anger, and bad emotions aren't dealt with properly, so the body stores them as tension and that turns into pain.  Especially when a pain is not attached to a specific injury, lasts for long periods of time despite treatment, and moves around, it is muscle tension, most likely associated with negative emotions.  He could pinpoint a lot of my issues, including my compulsive eating, and relate them back to not dealing with those emotions.  Who knew my eating disorder and my hip pain were related? 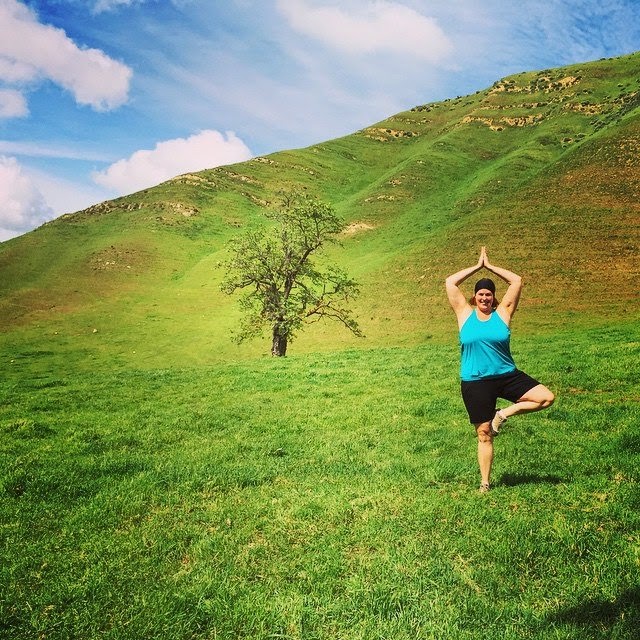 Tobe sent me home with homework.  He wanted me to read Dr. John Sarno's book, Healing Back Pain.  It mirrored what Tobe had already told me.  Anger leads to tension, which leads to pain.  It talked about potentially linking psoriasis to this phenomenon as well.  It makes sense.  This book is fairly old and they've learned so much more about psoriasis.  It is not a skin disease.  It is an autoimmune disease.  I no longer use crazy skin thinning medications on my elbows.  Instead I get a a scary immuno-suppressant shot, which can cause cancer.

My follow up visit with Tobe showed fairly good results.  Just by being aware that any current hip pain was probably being set off by an emotional reaction often made it possible to practically wish the pain away.  I would think about what was most likely bothering me and then I would try to deal with it.  Pain gone.  Instantly.  It sounds like voodoo but it has been happening.  So Tobe and I talked about my issues again and this time he gave me breathing exercises to help me deal with my sugar addiction.  He also asked me to read his book, The Four Seasons Way of Life.  I am about one-quarter of the way through his book and Tobe tells me our next visit will most likely be our last.  He seems to want to give people the tools to heal themselves rather than have them attend many, many visits.  It has been a pretty interesting experience.

So my journey continues.  To be healthy and to be strong.  For the first time in over five years, I have had quite a few pain free days.  It makes me have hope that I don't have to just live with the pain.  I guess I felt like living with the pain at a "4" instead of an "8" was progress.  So to be pain free is amazing.  And I am looking forward to a pain free future!

Have you ever made that mind-body connection?  It is crazy what our minds can do to us and how resilient our bodies are if we just allow them to do their thing!
Posted by lolorashel at 10:00 AM