I almost felt guilty typing that title.  Real World Problems.  I don't have real world problems.  I have a great job, a warm place to sleep, food on my table, clean water, a new car, great friends and family, enough money to go out and enjoy life.  I don't have any actual problems.  Then why do depression and anxiety still plague me? 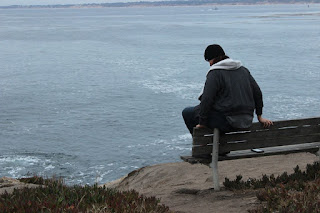 Twelve years ago, I lost 165 pounds and went from being invisible to the world to having so much attention that I couldn't deal.  What a problem to have.  Too many people suddenly liked me.  Wah.  Eight years ago, when I was getting out of a relationship and was being stalked.  Three years ago when I was commuting to San Francisco to a job I could not stand.  Last year, when I went through another break-up of a mediocre relationship I should have known wouldn't work from day one.  Oh yeah, and then when my boss decided to end his life in a completely horrific manner.  I've lost two grandmothers in the last two years.  All, still not problems that should actually ruin me (okay, well I'll give myself a pass on the suicide since that is the most shocking and horrible thing that has ever happened to me and it didn't even happen TO me).

Privilege at its best.  I'm doing so well in life, I have too much time on my hands to worry about shit that doesn't matter -- thereby causing me anxiety about ... about what?  Sometimes it's so small, it's nothing.  Truly nothing.  Try telling my brain that!

For years, I battled this.  One day, I am on top of the world.  The next day, I can't even lift my head off the pillow.  There isn't always an obvious trigger.  Sometimes I can figure it out after I'm out of the funk.  But it is very real in my life, and my mind when I'm going through it.  There's only so much "keep your chin up" and "this too shall pass" before I want to scream.  I tried anti-depressants in 2006-2007.  One worked for me for about nine months.  And then it stopped.  I played Russian Roulette two more times.  Then I decided medication wasn't for me at that time.  When I was working in San Francisco a few years back, and was quite literally wanting to hurl myself off the Golden Gate Bridge, one of my doctors handed me an anti-anxiety medication.  He gave me 100 pills with instructions to only take half of a pill (and that half will knock me on my ass).  Two weeks later, he asked if I needed a refill.  Kickback much?  I'm not belittling the benefits of taking medication when it is needed, however, I know that the trade off for me wasn't worth it.

I have been managing my anxiety and depression fairly well for the last five or six years.  I won't lie, I still pop a half a klonopin when I'm really struggling (I still have the bottle from the original 100 prescribed to me three plus years ago).  I have more good days than bad ones -- and I've had a fair number of amazing days lately.  Even my bad ones are no longer *so* dark. 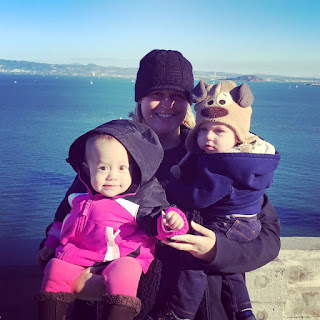 I have been trying to spend less time on Facebook, because I have noticed an increase in stressed out posts with the elections coming up.  So, I guess the point of my blog post today was to say exactly what I hate:  this too shall pass.  Everyone fears the future since we don't know who will win the election today and people seem to think that these candidates are going to burn the White House down and start a dictatorship as soon as they take office in January.  Guess what?  I am pretty sure life is going to go on.  I am not saying we haven't made a complete mess of our country, but I am pretty sure there have been many other times in history when Chicken Little announced the sky was falling -- and everyone survived.  We need to take care for our future generations, but maybe we can spend more time living in the present instead of predicting inaccurate futures and causing everyone anxiety.

Lately, I have been spending some time acknowledging the things for which I am grateful.  All of those things in the first paragraph....plus.  I do appreciate that I have a job that I enjoy.  I appreciate that my health is good.  I have so much love for my friends and family.  I am thankful every day for the babies.  I find that the more time I spend thinking about these things, the less time I have to worry.  I hope tomorrow when half the country is upset that their candidate didn't win that you can spend some time reflecting on why your life is good and how it truly is a privilege that we even get to choose between two bad candidates.
Posted by lolorashel at 12:05 PM