Almost two years ago, I had a second breast lift/augmentation.  You can read about that HERE and HERE. 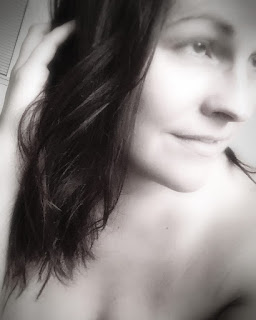 So those new, smaller implants also dropped like rocks.  They are uneven.  And the mesh on one side appears to have failed.  Long story short, I am having more surgery.

One might say, hey, maybe you should just stop having surgery!  But here's the rub.  I spent almost $45,000 in 2006 on surgeries.  $15,000 in November 2016.  And now it will be another $3,500.  I know my body wasn't going to look perfect, but for that amount of money, I'd like my nips to at least face the same direction.  It's like I'm almost to the finish line, and if I don't do it, I won't get to cross.  This will be my last attempt at getting these things fixed.  My doctor is going to move the implants and mesh under the muscle.  She is trying to talk me into switching to silicone instead of saline implants, as they apparently make a textured implant that shouldn't slide as much.  But I have this stupid ass mesh sewn into me, so why is it sliding anyway?!

Anyway, between NCPP taking over my life in September and surgery in early November, my pole life is pretty much done for now.  The next six months will be about preparing for and then recovering from surgery.  And hopefully this is the last surgery I have to have in this life!

Posted by lolorashel at 7:19 PM