A few months back, I had a conversation with a therapist who is well-versed in weight loss surgery and the issues that come along with using food as your coping mechanism.  I was slightly frustrated and complaining that I was the only person in my family who got this "raw deal."  No one else is a fat ass who wants to eat 24/7.  He said, "not so fast..."  He told me to think about my siblings and whether they deal with addiction in their own way.  Sure, no one is an alcoholic, however, I guess some could make the argument that one brother loves video games a little too much and the other spends a little too much on lotto scratchers.  That being said (when someone reads this and runs to them to tattle on me), I don't really think they have a problem.  Like me, they have their vices (or, as I like to look at it, something they enjoy doing that other people like to give them shit about), but we all get up every day and go to work and support ourselves (and, in their cases, their families).  However, the argument could be made that we use those items to escape something...whatever "something" is.

After gastric bypass in 2004, I lost my coping mechanism.  Food, glorious food.  They don't show you how to deal with yourself after weight loss surgery.  They just tell you that your stomach is the problem and once they cut it out, you'll lose the weight and live happily ever after.  Sure, they say all the right things: "this is a tool, and it is up to you to use it wisely..."  But they don't actually show you how to do that.  And most people spend the rest of their lives still living in diet mode.  That was the one thing I didn't want.  I just wanted to wake up one fucking day and not have food be the center of my universe.  I mean, I have to eat, right?  We all do in order to live.  It's not like a drug from which you can completely walk away.  What's the Overeater's Anonymous saying?  Something about drug addiction being like a tiger you can cage.  But when your drug of choice is food, you have to take it out and walk it three times a day.

Once my stomach was chopped out, my drug of choice changed.  Sometimes shopping.  Sometimes sugar.  Sometimes sex.  Sometimes prescription drugs.  Usually I would realize what was happening and reel myself in.  I often noticed, though, that my pants would get a little tight if I didn't have access to one of my vices.  That being said, I also never actively picked up one vice in order to avoid another.  For instance, I never said, "hey I noticed I'm gaining a few pounds, so maybe I should start taking Vicodin and pull out the credit card in order to lose them."  Hopefully that makes sense.  My mind just naturally and fluidly moved from one vice to the next as I engaged in restrictive behaviors.

My life has been pretty sweet lately.  Honestly, ever since I got out of my relationship almost a year and a half ago, and left my stressful job almost two years ago, I've been in a really good place.  My weight is down almost 30 pounds from my highest post-surgery weight about three years ago.  I haven't put myself into credit card debt.  I had access to Percocet post-breast lift surgery in November, and although I milked it a little bit, I have weaned myself off now.  In short, I'm good.

So, why am I drinking so much alcohol?

I'm not drinking every day, but I am probably going out with friends and binging heavily at least once a week.  That's a lot for someone who used to drink maybe one drink once a quarter.  (I did go through a "drinking phase" in 2009 after I met Rob, but that's because our mutual friends were bar flies and we were just out in the bars four or five nights a week.)  This is the first time I think maybe I am using alcohol as my crutch.  And I really don't know why.  That's the thing, though, right?  If I had a handle on why I did any of this stuff, I probably wouldn't do it anymore.  Certainly, I'm not complaining, as I am appreciative of my recent weight loss and the fact that I'm not in debt.  However, I recognize that my liver only recently got a clean bill of health, and I should be protecting that at all costs.  An old friend of mine who is about the same age, had gastric bypass after me, and struggled with alcoholism just DIED waiting for a new liver.  I need to take this more seriously.

I started watching the TV show, "This Is Us" recently.  It follows a family with triplets.  One of the girls is extremely overweight.  Some of the stuff she does on the show is triggering for me.  So sometimes I kind of stop paying attention if I think the dumb shit she's doing is going to bother me.  Today at lunch, I went home to watch the latest episode.  The show began on episode one revolving heavily around the birthdate of the triplets (which is also father's birthday).  I never knew what that date was.  Until today -- and it's my birthday.  August 31.  I don't know why that made me sit up and take notice.  In this episode, the fat girl goes to fat camp.  And I'm watching her struggle -- and I have to assume the actress herself struggles with this shit because that look on her face is fucking real.  And I'm distancing myself from her.  She's fatter than I was.  She's more obsessed with calories and dieting than I was.  She has way more issues than I ever did.  And I watched all of her issues bubble up and suddenly I felt like I got punched in the chest.  I started sobbing uncontrollably.  I don't fucking cry over television shows.  Apparently I need to deal with some issues.  I'm still processing what upset me but I'm sure it has to do with the flashbacks to her childhood.

I guess I'm not here to offer answers to anyone struggling with the same issues post-weight loss surgery.  I'm just acknowledging that surgery doesn't fix our brains and staying on top of our issues is a lifelong commitment.  I'm coming up on 13 years out from my gastric bypass, and I'm still dealing.  Two friends have independently brought up the alcohol consumption to me, however, and if they are worried, I need to address it.

I don't want to say I'm going to stop drinking -- seems like such addict behavior.  But I think I can easily return to just have a casual single drink once a month or so.  I'm using yoga and meditation to keep my head in the right place and help me deal with issues as they arise.  But I really would love to wake up one day and not have this be the theme of my life.  Until then...I keep sharing my stories with you and I always appreciate the comments and messages, as it lets me know I'm not alone...and neither are you. 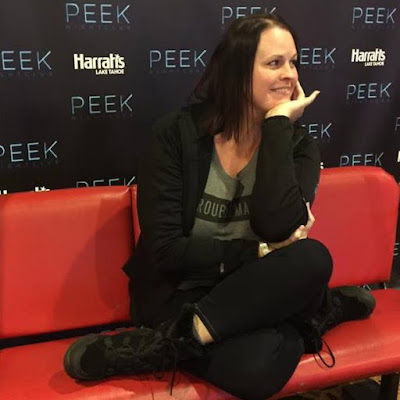 Posted by lolorashel at 8:00 AM 2 comments: Links to this post

I am officially two months post-op from my breast reduction/lift (it is a little more complicated than that...you can read about it HERE.)

This week, I returned to lunchtime yoga.  It was a fairly gentle class, but I am still a bit sore today.  I expected downward dog or moving from plank to cobra to be most difficult.  The only move to really hurt?  Child's pose.  Not even because I was on my stomach -- but because I pulled back and kneed myself in the under-boob.  HA!

I expect to add back another yoga class next week, then hula and pole over the next couple of weeks, ending with the addition of my final yoga class in about a month.  Basically, by March 1, I should be fully back in my five day workout schedule.  I have been doing the squat challenge and am doing some gentle stretches, planks and other abs in the mornings before work.

I do wonder if some of my weight loss was due to muscle loss.  We all know "muscle weighs more than fat."  If that's the case, then my pants size should continue to go down even if the scale moves upward again once I'm working out.  I currently weigh 235 pounds (down from 245-247 just a few months ago).  I haven't been this weight in over six years.  I'm trying hard not to trigger my disordered eating/thinking, but I am a little too pleased with this weight loss.  I still equate skinny with happy, even though I know damn well that's not the truth.

I am extremely pleased with how I'm healing.  I still have some pain in the scar under the breast.  The mesh connects there, so its possible it will always feel a little weird.  I was able to lay down on my stomach for a massage last week (using pillows for padding and to partially prop me up).  I can lay on my side now (which is how I fall asleep, so once I was off the pain meds, falling asleep became difficult).

My measurements are still pretty much the same.  My bra size is around a 42G.  My implants are a full 100 cc's smaller, which should equate to one size smaller.  Perhaps I am still swollen.  However, I am not unhappy with the results.  They are lifted back into place, and I am able to wear cute little bralettes.

Since I am getting tons of comments about my weight, I figured people would be interested in before and after photos in that regard (I don't think most would appreciate nudies of how my boobs are healing).  So, check out some photos from the last few months.  Cheers!


Posted by lolorashel at 8:00 AM No comments: Links to this post

The Underwater Photoshoot in Vegas...

I have received the photos from my Las Vegas underwater shoot with Brett Stanley, The Underwater Photographer.

Brett was incredibly patient during the shoot.  The nose plug didn't fit properly at first, so I took on some water.  We went over the poses I wanted to do....then we scrapped the plan and he suggested poses I could actually do.  Once you're in the water, everything changes.  It was fairly difficult to get myself positioned, actually stick to the pole, then make a face that wasn't completely hideous.  The panic of NEEDING air took over more than once.

I really love the end result though.  And now that I understand how the whole thing works, I'd love to do another one and plan better poses.  Check them out below: 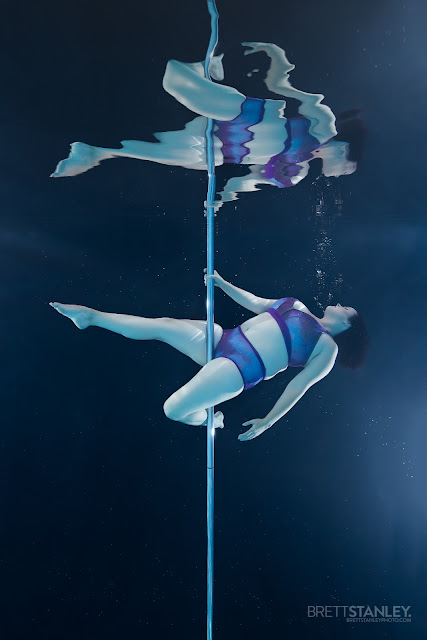 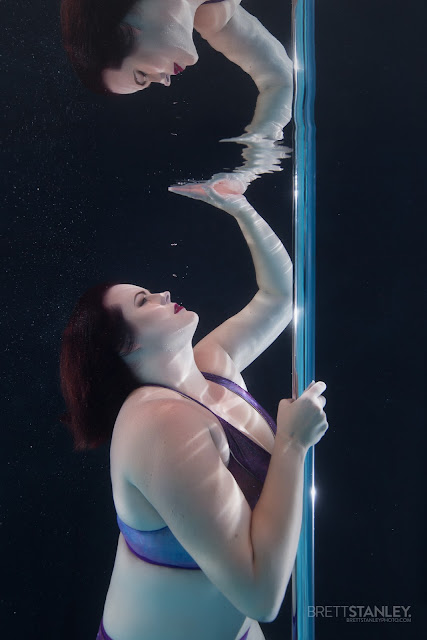 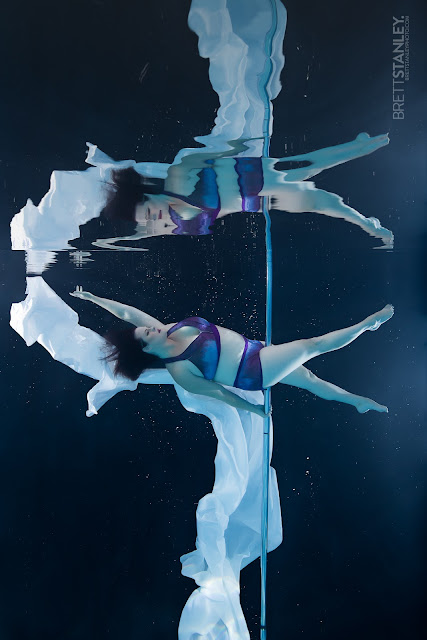 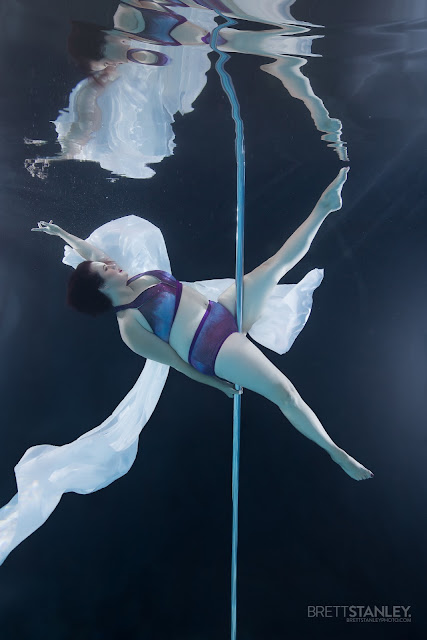 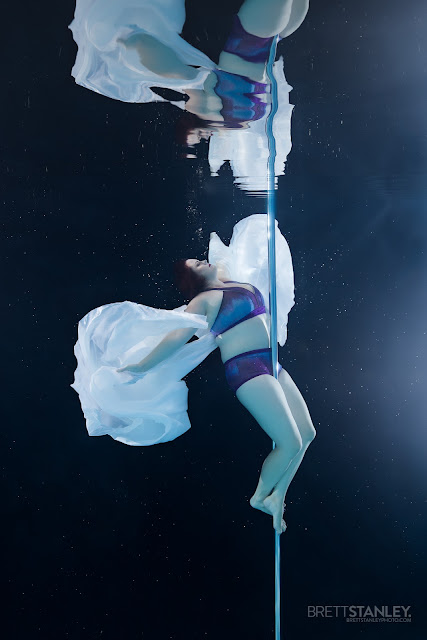 Posted by lolorashel at 3:57 PM No comments: Links to this post