You have an extensive dance background.  Excluding pole dance, what is your favorite genre of dance?

My favorite has gotta be street dance. I love hip hop and can totally relate to street dancers best as I myself have never had any formal dance training. Pole dancing is really the only formal training I've ever received!

When did you first start pole dancing?

Started 2008. I discovered it while watching The May Lee Show on tv one morning and immediately knew it was the ultimate thing I was gonna do moving on from my the local dance scene (Malaysia). I I was also getting fat and miserable (hahahaha) since my dance career took the back seat when my restaurants/resorts business started to expand. Hence desperately needed an outlet.... Something I could do on my own, in my own time and at home. 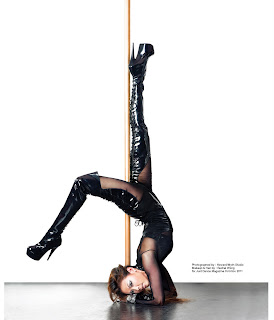 What brought you to Australia to train with Bobbi's Pole Studio?

I've always been a huge fan of Bobbi.....She's the 'Madonna' in the pole world! From the moment I watched Bobbi on youtube I wished I had found her years earlier. And when I finally met her, I wasn't just pole-struck by her amazingly beautiful talent but I had alot of respect for her humility - she was very warm and had a great sense of humor. You see, when I first met Bobbi in Sydney with my training team (now Bobbi's Spore), I never thought I'd end up teaching seriously. In fact it was never something I pictured myself ever doing! I'm not the most patient human being, always preferred to only work with professional dancers and the stage was always my place not the classroom. But then pole is special. Pole dancing is a lifestyle. Everything changed when the golden opportunity came.... More than anything I just wanted to be a part of Bobbi's legacy.

When did you open Bobbi's Pole Studio in Malaysia?

March 2010. Despite the fast pace, the way things are moving with the studio since we opened, I still sometimes sit in my office in utter disbelief that Bobbi has chosen me to represent her in Malaysia... What an honor.

Do you participate in competitions?

No I don't like competitions but I love doing shows. 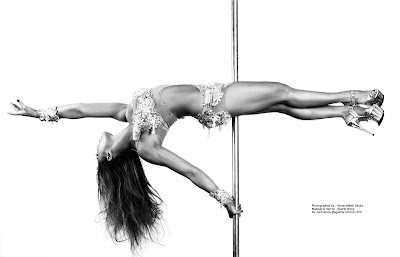 What kind of fitness routine do you follow on and off the pole?

I love Zumba and Dance-type classes at the gym (I really miss the sort of dancing I used to do over the last 20 years so this is the best I can get these days with my schedule). And I do compound exercises for the extra strength-training once a week or whenever I travel and dont get to pole, just so I keep the power:)

Do you prefer to dance barefoot or in shoes?

Oh gosh I don't think I can dance anymore without heels! And this is also the result of the Bobbi-fication hahahaha

What do you use to help you stick to the pole? 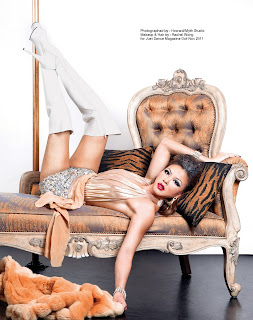 What trick is your nemesis?

Tell us something people would be surprised to hear?

That I'm a Tae-kwon Do black belt with 7 years of training, and a mega fan of martial arts movies. And my only ambition in life was to be a vet.

Bundling more business trips to Perth and Sydney so that i can go train with Bobbi and Kim more often;) Showdown 2012 (3rd season of the street dance reality tv competition in Malaysia which I'm judge); another hotel to open in Singapore; possibly a vacation in Vegas + LA!; very likely a few more doggies! 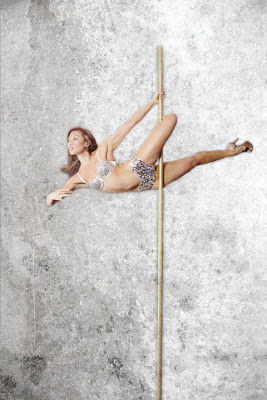