Dancing with a Partner

So, as many of you know, I spent a lot of March and April preparing for the Lovely Rita Fundraiser.  Not only was I trying to help wrangle donations for raffle prizes, I signed up to do TWO full routines.  For the first time ever, though, I danced with a partner!  My brand new pole dancing student, Robert (check out his blog about the performance HERE -- but don't read it until the end!!), was game to perform with me.
Our adventure actually started with a Twitter conversation about whether Dwayne "The Rock" Johnson belonged to Robert or me.  Read Robert's post HERE.  His post is great, so I won't rehash the details here.
What I do want to talk about is how amazing and inspiring Robert is.  He was so worried about going up against his pole dance teacher in a "dance off" for The Rock.  I wasn't worried because, even though I have more experience, thanks to my food issues, I'm still not pulling off advanced moves.  However, Robert showed up to class early each Monday and also joined us on Wednesdays for the class where I am a student.  He practiced hard and pulled off some really difficult moves for a brand new pole dancer.  I cannot even come up with the proper words to say how proud I am of how hard he worked.  He's so much fun in class and I was slightly surprised but really excited he wanted to perform already.
We had two months to plan our routine and practice.  Bel helped us choreograph a very simple but fun routine.  I normally don't like to perform with anyone else.  That way, no one knows when I forget my part.  But Robert and I danced really well together.
In the end, Robert kicked my butt.  He deserved the win.  The event was fun and Rita very sweetly made photos of The Rock for both Robert and me.  Trick or Twirl is coming up in October.  It may be time to think about a re-match!
Here's a video and some photos of our performance.  Let me know what you think! 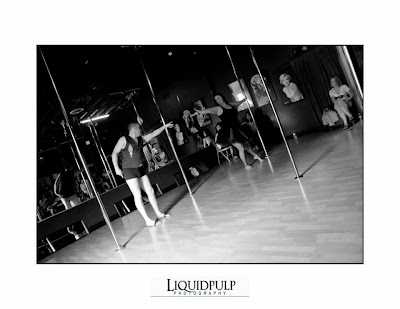 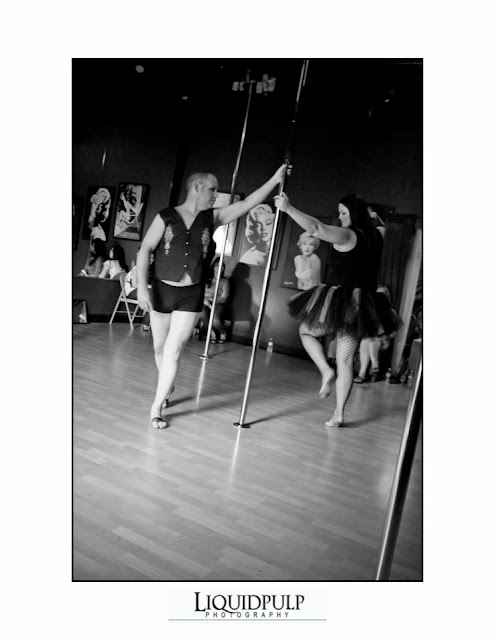 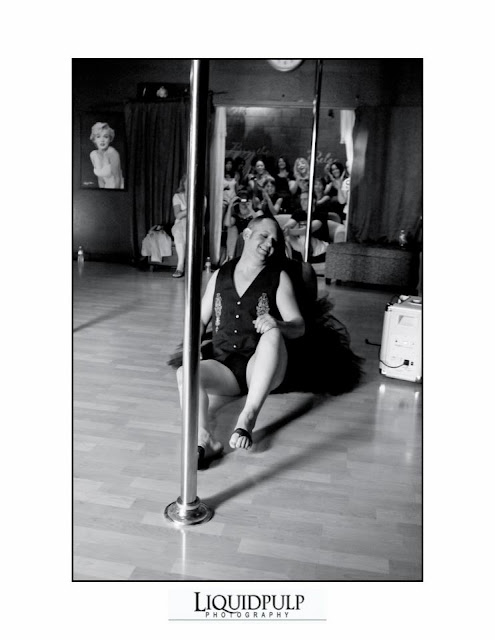 For fun, here's the link to the Twirly Girls blog post with all of the videos and here is my burlesque-inspired routine to The Stripper.
http://twirlygirlspolefitness.wordpress.com/2012/05/10/the-third-annual-lovely-rita-fundraiser-videos/
Posted by lolorashel at 2:14 PM