I'm on the Fear of Flight blog!

A few months back, I chatted with Veruca from the Fear of Flight blog.  We had a great conversation and she released a blog with the interview! 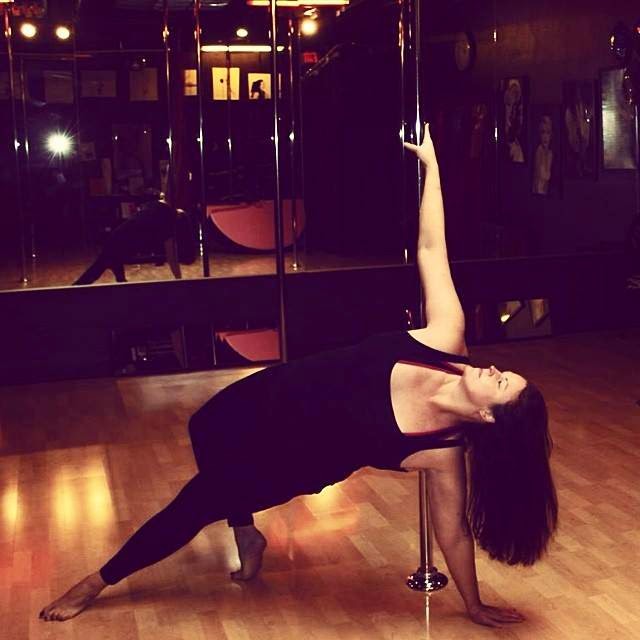 So, it’s hard because I like to say pole dance is for everybody but I also can fully recognize that it works better for different bodies and not even just thinner bodies but even shorter bodies although I think that you have to find out what works for you because tall people will say “Oh well when you do this move, it’s really hard to have long legs” and short people will say “Well if I have long legs I can do this move”, so for me it’s finding the move that is going to work for you and then working on it. I shocked everybody I think when I did my first hand stand and I swear to God my arms were going to fall off the first time I did it because as soon as I got upside down all the air went out of my body and my blood stopped pumping but I did it. That’s my thing am I lifting into it properly; absolutely not but I can do a hand stand and I can shock the shit out of people and that’s what I do. So I’m trying to take the moves that work for me and become better and get stronger at those moves because I’m probably never going to; like I’ll never do a spatchcock I can guarantee that and that’s not being negative, that’s just being honest and realistic.

Email ThisBlogThis!Share to TwitterShare to FacebookShare to Pinterest
Labels: Fear of Flight, interview, lolorashel, plus size pole dancer, Pole Dance is for EveryBODY, Veruca Blue