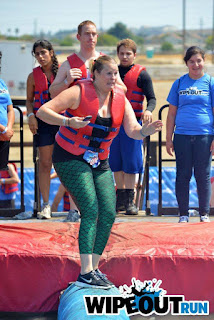 Last month I joined a few friends (and my brother) and did the Wipeout Run (my sister-in-law and baby girl joined to cheer us on).  Much like the TV show (although a lot easier), we faced obstacles, all while running a 5k in the South Bay heat.  Luckily, this day wasn't one of those 100 degree days.  I think it was only in the mid-80's, however, running around without cover in the blazing sun still lead to overheating and a sunburn.


Leading up to the event, my only true concern was not whether I would injure myself, it was whether or not the life jacket would fit over my monster boobs.  My second (minor) concern was whether I would be able to keep up with the rest of my group, who were way more fit than me.  When we arrived and joined the cattle call to wait for our turn to run, there was a guy hyping up the crowd.  We were laughing and dancing (and preparing ourselves for our sunburns).  Once the horn blew, we were off.  Our group ran off toward obstacle one.  I almost ran the entire way.  But after that, I was too tired and too hot to keep up that pace.  My group didn't complain much (although Jessica DID make us walk the entire 5k instead of letting me cheat and take shortcuts in a couple of places).  Boo. 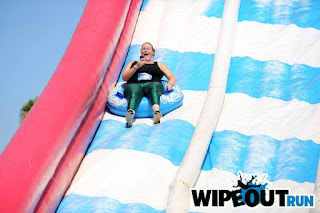 Most of the obstacles were fun and had very little danger of actually hurting us.  However, the big red balls were a little more daunting.  My experience in watching the show, and others who went ahead of me, is that the danger is bouncing off ball 1, face planting into ball 2 and then backwards taco'ing and kicking yourself in the back of the head, thereby destroying your back.  NCPP was the following weekend, and I just couldn't afford an injury.  So, I bitched out and just kind of jumped around the sides of the balls and made half-assed attempts to actually jump on the balls from the ground (instead of jumping off the platform).  I left lots of face sweat on the balls for the next person though.  I was okay with that.

As I was walking with my crowd toward an obstacle in the middle, I hear: Is that Lori?!  It seems like I can't go anywhere without seeing someone I know!  Danielle, another Twirly Girl, was running the course with her husband and some friends.  We bounced through the next obstacle together and then they were off (because they were actually running). 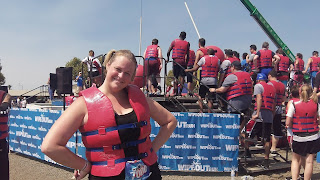 The next stressor came towards the end, when I had to try on that life jacket.  I had watched videos, which showed zip-up life jackets.  Those would never fit.  I even e-mailed the promoters to explain my plight.  I was assured that their life jackets went up to XL and I would be just fine.  XL.  hahaha!  This chick has never seen my boobs!!!!  As we walked up, I saw a really big dude with a jacket on, completely un-done.  But I noticed, it had buckles!!  No zippers!  I picked up my XL, let out the straps and put my life jacket on.

The whole course took us two hours to walk, but we had the best time.  I would definitely do it again, so I hope it comes around again next year! 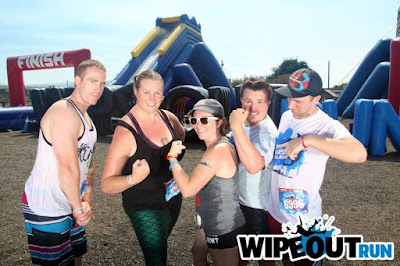 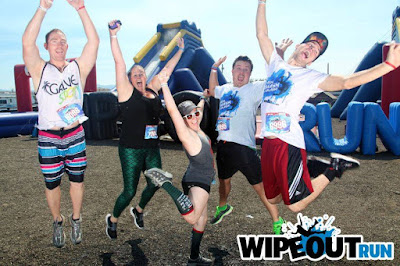 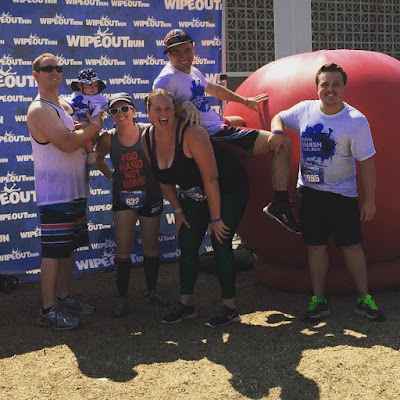 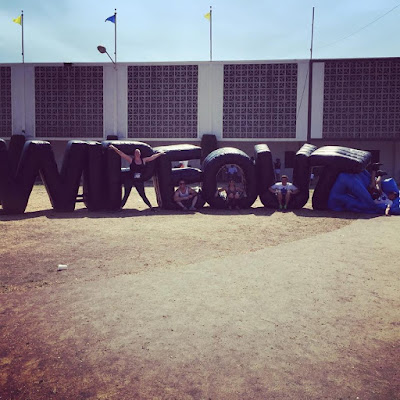 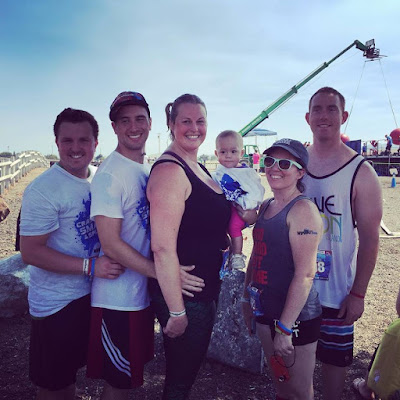 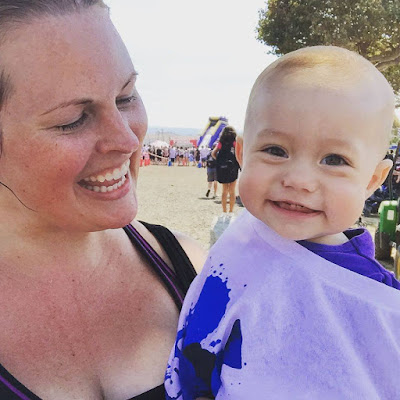 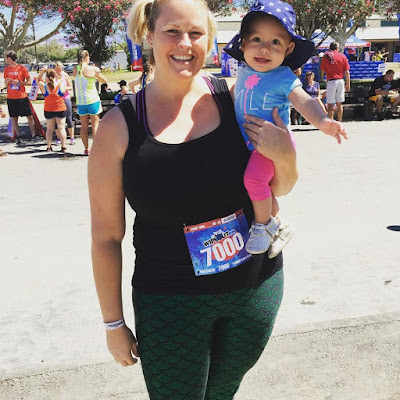 Posted by lolorashel at 8:00 AM