So last Sunday, I participated in the 100th annual Bay to Breakers race in San Francisco.  I had heard stories about how crazy it was.  Hundreds of thousands of people converging on downtown San Francisco.  Costumes.  Floats.  Naked people.  Drunk people.  Crazy people.  I have to admit, I was a little scared.

Yolanda and I rode BART over.  We had to leave around 6:00 a.m.  The first corral was scheduled to release at 7:00 a.m.  We were scheduled to start by 7:45-8:00 a.m.  We got off at our stop, walked up the stairs and basically walked straight into our corral, around the corner, over the start line and started the race at 7:30 a.m.  No waiting.

Bay to Breakers is a 12k race (about 7-1/2 miles).  55,000 people were signed up to run and/or walk.  It meanders through the streets of San Francisco and ends at the ocean.  It was such a beautiful day.  A tiny bit of rain but mostly sunny and awesome.  There weren't nearly as many naked people as I thought there would be (although I did see way more fat, old men wieners than I needed to see).  There was a crack down on alcohol, floats, people who hadn't signed up and fun in general (according to the news stations).  But I still had a great time.  There were a lot of fun costumes, hilarious people, house parties along the route playing music and having fun.  There was only one hill, and even that wasn't very difficult.  It was mostly a flat course.  We stopped to take pictures and gawk at nude guys.  My official time was 2:57:37.  Yolanda was number 38,850 and I was number 38,854.  Not bad.  That means 12,000 people were behind us!  Yeah, it was over a 20 minute mile, but we had fun and took in a lot of interesting sights!  I would say we were pretty much done walking by mile 5, but we pushed through and did the final 2.5 miles.  I was wearing a pair of socks, nylons, more nylons, socks and then my shoes.  So my poor toes were squished to death.  My costume was more of just a silly outfit.  I'll post a photo below.  It definitely got a lot of attention though.

So, two days later, I'm a bit sore in the legs and hip but I otherwise feel great.  I have another Brazen race in about two weeks and I'm hoping to really work on my time on that one.


I know Bay to Breakers has been struggling and may be canceled next year.  I really hope they continue because I'd love to do it again!  Next year, I'll have to enter the costume contest.  :-) 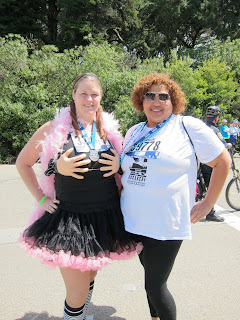 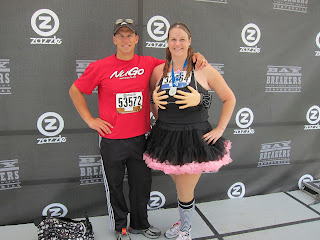 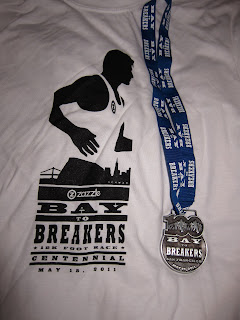 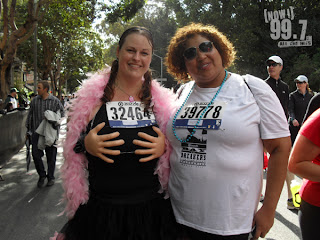 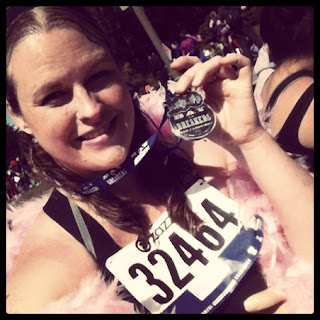 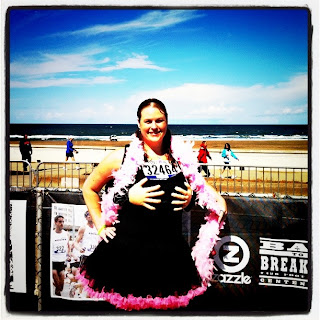 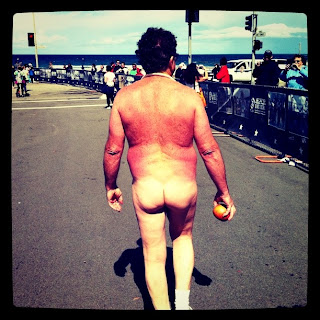 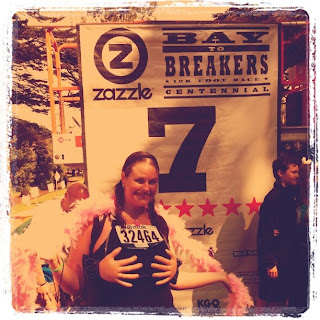 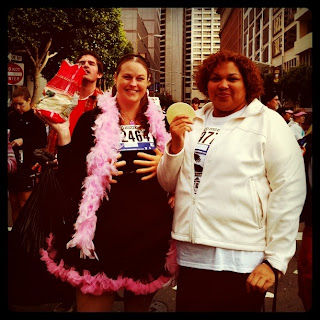 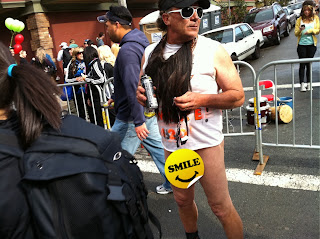 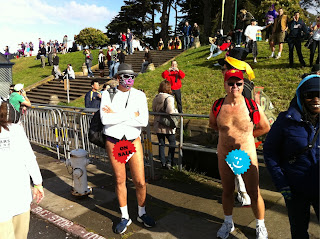 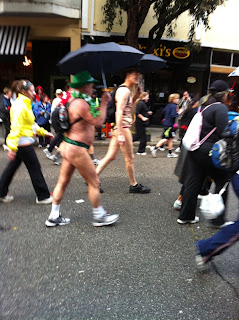 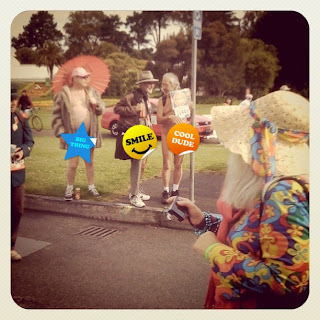 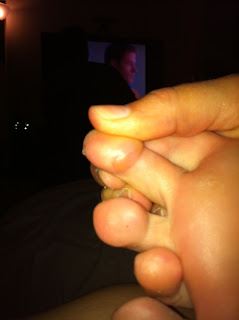 Email ThisBlogThis!Share to TwitterShare to FacebookShare to Pinterest
Labels: 12k, bay to breakers