Did she or didn't she?

I'm sure we'll never know if Kirstie Alley actually had weight loss surgery...but my attitude is that the only other way to lose weight THAT fast is drugs...so you might as well cop to the surgery. But to each his own!  Having watched poor Carnie Wilson also fight her battle so publicly, maybe people have learned not to share so much!

Kirstie Alley, who has struggled with yo-yo weight gain and loss for years, is showing off a body 10 sizes smaller after a lot of hard work. The 60-year-old actress strutted the runway during New York Fashion Week -- 100 pounds slimmer! – at her designer friend Zang Toi’s show.

Inspired by her physically demanding "Dancing With the Stars" stint, Alley has gone from a size 14 to a size 4. Before her appearance on the show, Alley said she visualized one day fitting in a size 4, and now she does.
Today, Alley's confidence is contagious, and she says she feels much more comfortable in her body. "I feel like I'm back in my element," Alley told Entertainment Tonight. "I honestly didn't even realize what I looked like."

Once 228 pounds, Alley saw the scale go up and down a lot and got to the point when she stopped looking at it altogether. After a 15-month hiatus from weighing herself, she finally stepped on a scale. What she saw, she said, was shocking.

"I started screaming," she told People in 2009. "It said 228 lbs., which is my highest weight ever. I was so much more disgusting than I thought!"

At that point, Alley had already lost 75 pounds during her tenure as a spokesperson for Jenny Craig, then gained that weight (and more) back. 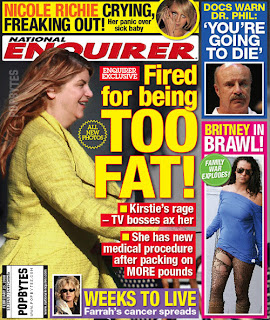 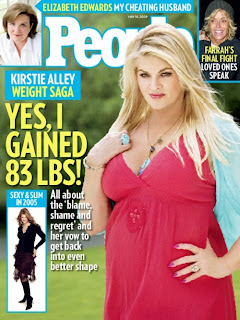 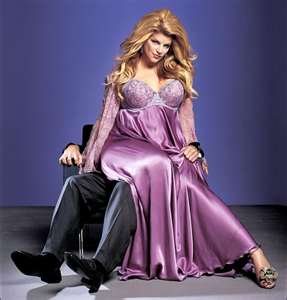 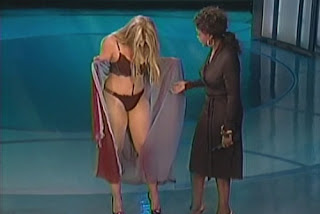 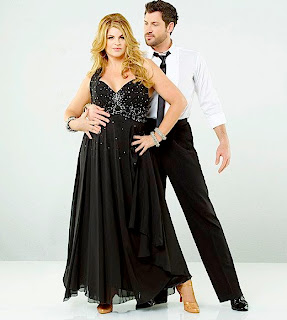 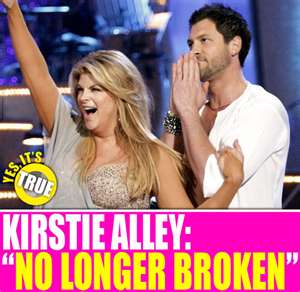 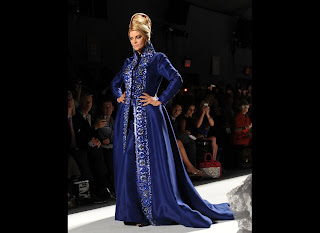 Posted by lolorashel at 3:27 PM