All of our adventures in So Cal last weekend came about because I wanted to attend the California Pole Dance Championship.  Social Sonar took out an ad for me in the CPDC program.  Rita then offered to come with me to help me document the trip, Wes and Larissa offered to let me stay at their house, we found studios to visit, and OC Pole was having their open house...it was like it was meant to be!

The competition was held at The Highlands in Hollywood.  There was another event going on outside (possibly a cirque du soleil opening), so gates and a stage were set up.  There was security everywhere.  I was hoping for some kind of celebrity sighting, but didn't get lucky.  We arrived about the time the doors were supposed to open but hadn't eaten dinner yet.  Since the doors weren't open yet and the line was long (and we had assigned seats), we went to grab food.  We sat at one cafe for about ten minutes without a waitress so we left and just picked up pretzels at Annie's.  It was fast and easy.

By the time we got back in line, it was probably 6:30 p.m. and the doors appeared to be just opening (so running a little late).  Rita and I were so excited and kept trying to talk to the people in line around us.  It definitely seemed like an "LA crowd."  Everyone was gorgeous, dressed up and not exactly super friendly.  It was a little disappointing, but we still had fun taking photos of the things around us while we waited to get into the doors.

Once we got in -- which took about half an hour -- we went to find the vendors.  I knew Claire from The Pole Story was going to be there and I wanted to meet her in person.  There were a handful of vendors in a room in the very back.  We looked at other pole studios, shoes, accessories, shirts, shorts, etc.  I did buy some cool feather cuffs that I need to figure out how to incorporate into my Halloween costume for the Trick or Twirl pole party.  I finally got over to see Claire, who is also the editor of Vertical magazine.  I joked with her about our ads being neighbors in the program.  We laughed and chatted for a few minutes.  I also bought a subscription to the magazine.

The contestants and feature performers all did such an amazing job.  Unfortunately, Amber Kittle was not able to compete due to an issue with the poles.  I was, of course, rooting for Amy Guion, since I had just met her at BeSpun and did a blog post about her.  I really liked her routine.  I was also super touched by the first performer, Jennifer Kim.  She didn't end up placing, but I thought she had a great routine!  I saw on Facebook later that Rhiannan Nichole was disappointed with her routine (I think also because of the pole change, some moves weren't possible), but I thought she did a great job too.  The winner was Phoenix Kazree, whose music went out in the middle of her routine.  She didn't even flinch.  She finished her dance, as if the music was still going.  Nadia Sharif was definitely a crowd favorite and she was the runner up, plus she received two other titles.

I will post all of my videos below.  Don't miss the feature performers:  Jenyne Butterfly (don't miss the walk down the pole!!), Natasha Wang (LOOOOOVE HER!), Alethea Austin (rocked a HAWT chair dance!), Becca Butcher (She's somewhat new to me but I really like her!!), and Timber Brown (uh-MAZE-balls!!!).

I think the whole night was a huge success and I can't wait to be part of the next event! 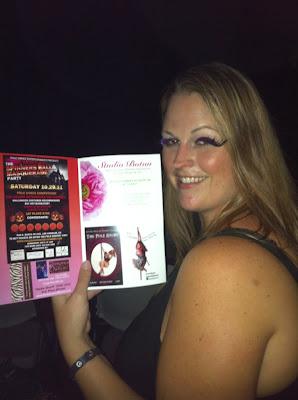 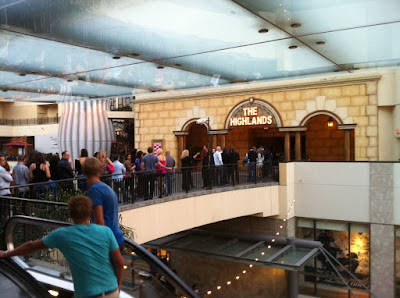 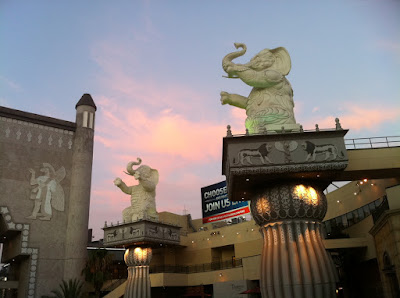 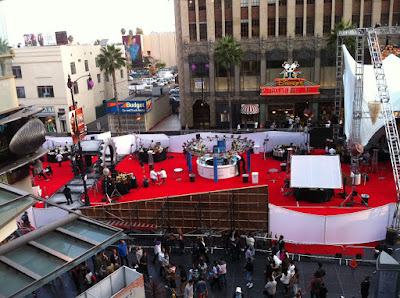 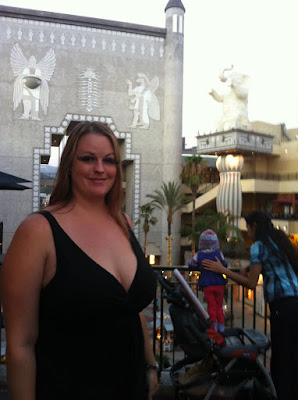 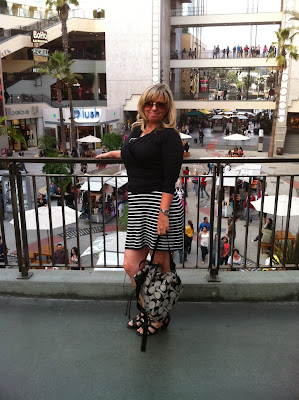 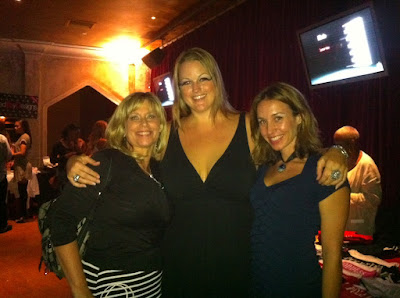 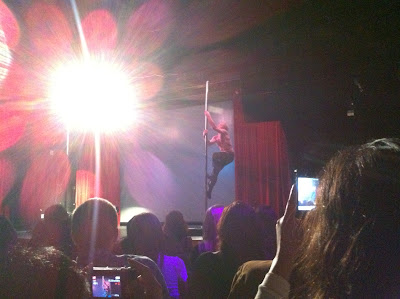 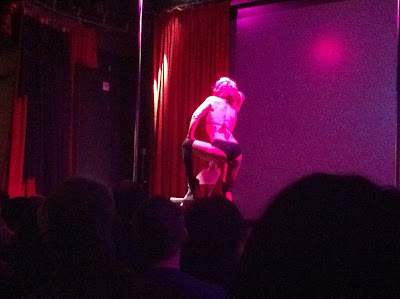 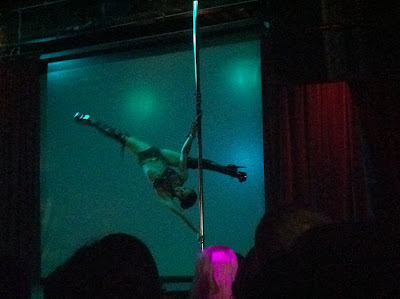 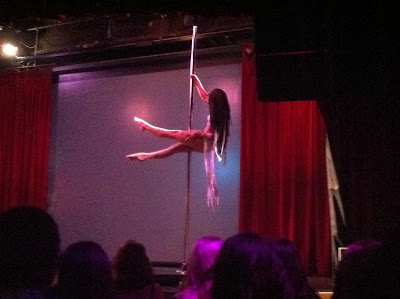 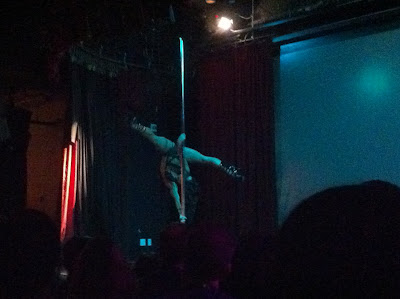 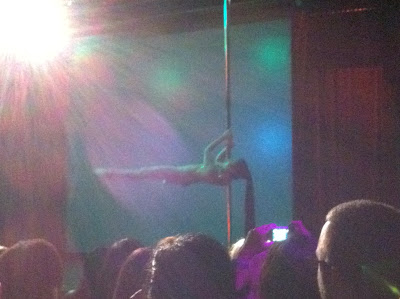 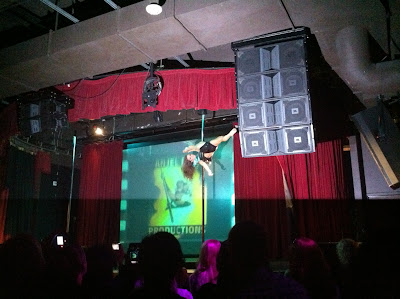 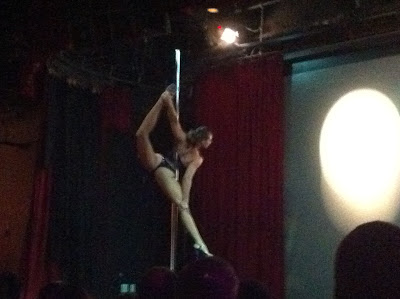 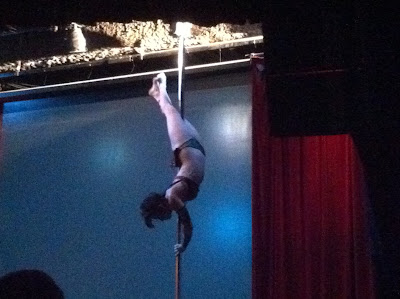 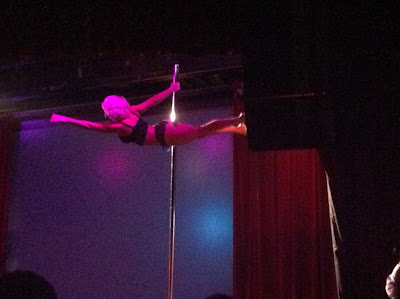 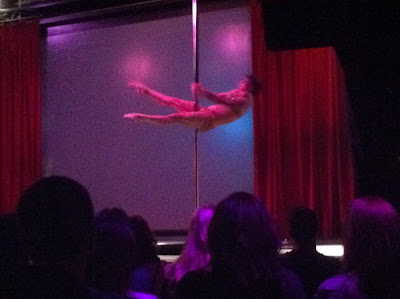 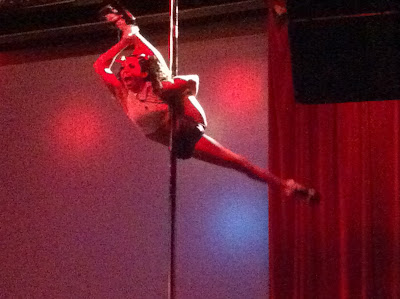 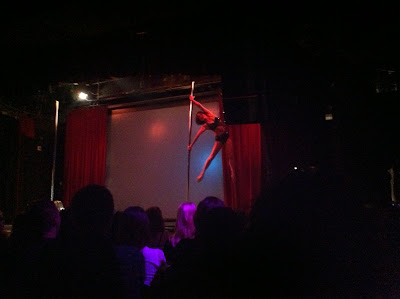 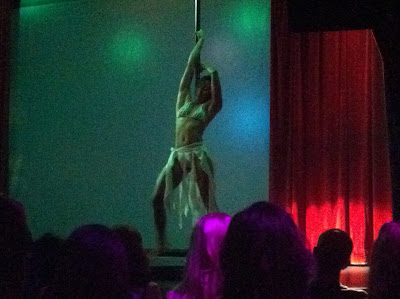 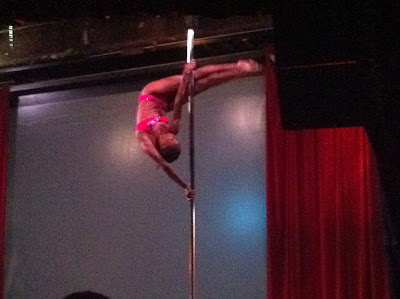 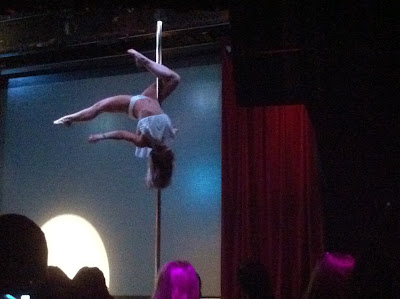 Posted by lolorashel at 1:17 PM