Guess who put her FIVE DOLLARS (well, Bel's $5) on the ceiling at Twirly Girls last night?!

I understood the CONCEPT of climbing.  Grip with your knees, don't pull up with your arms.  But it just didn't come together until last night.  I can always go up one step (duh because I'm stepping on to the pole from the floor), but the next step up just never happens.  I can wiggle and jiggle and try to inch up the pole but I just can't get that back leg to go up, then have my front leg move up too and I'm not strong enough to completely let go and caterpillar up like the BeSpun girls do.

Then last night, it happened.

I climbed about 3/4 of the way up, giggling like a weirdo clown the whole time.  Then I came down.  I was sweaty and tired (I mean, I am always sweaty but last night was especially difficult because it was extremely humid).  I then tried a few more times.  I could go up to the second step but never past.  I was getting frustrated and nervous.  I started sweating more and slipping off the pole.  (I believe Bel has 12 foot ceilings.)

I tried iTac2 (my friggin' thigh skin feels like it has been ripped off...that stuff WORKS).  I got about half way to 3/4 of the way a few more times.  I tried Mighty Grip gloves (yeah with my thighs sticking like glue, I was scared if I got to the top, I wouldn't be able to get down).  I tried using a chair to jump half way up.  I was tired.  The top of  my foot was hurting, my shin and thighs were on fire, my forearm was burning.  I was sweating more and getting grumpy.  I gave up.

Then Bel suggested I put my boots on.  YAY!  Of course!!!  My boots!  They would keep my sweaty legs from slipping off the pole.  So on my final attempt (using boots and a step stool so I could at least be one step closer to the damn ceiling), I had my $5 ready (well, Bel and Cindy had it ready and handed it to me because it kept grossing them out when it put it in my mouth during my climb) and I STUCK it to the ceiling!  Normally I would have said using my boots was cheating but I can attest that I WORKED for that climb.  I'm so sore and bruised today!

So I can say that I am finally progressing in one of my pole goals.  THE CLIMB TO THE TOP!

Here are some photos from last night's adventure.  Bel has one of me actually at the top so I'll add it once she puts it on Facebook.  In the meantime, tonight I am JUST going to practice my dance...no climbing.  I'm SO sore and I think my foot needs a rest.  The "Natasha toe slide" is going to be interesting tonight! 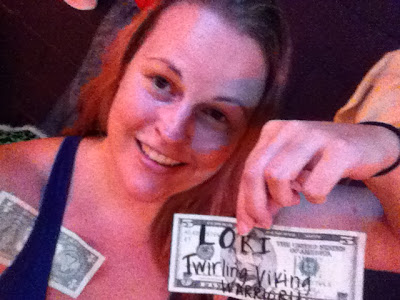 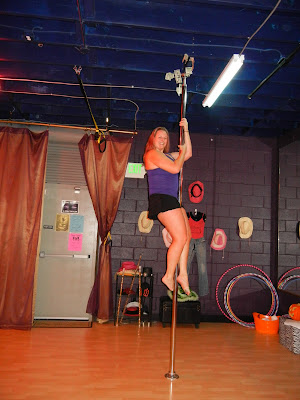 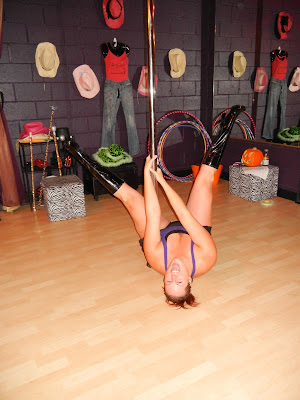 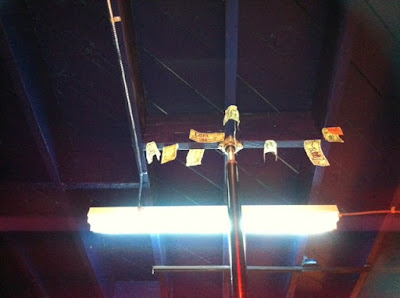 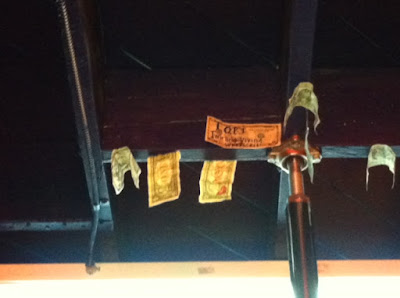 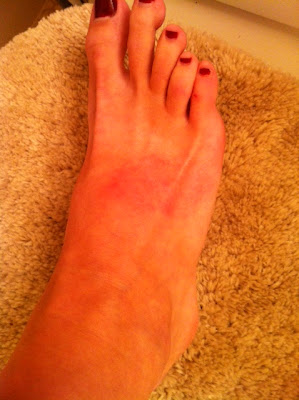 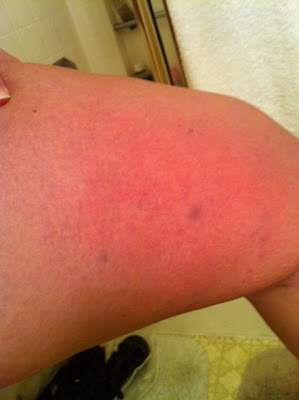 Posted by lolorashel at 1:13 PM