Almost six months ago, I pulled together some links of websites explaining the history of pole dancing.  You can see the original post HERE. It has been my most popular post of all times.

Pole Dance International Magazine recently published its "best of" issue and listed their favorites for explaining the history of pole dance.  So I thought I should update my list to include additional links!  Here we go!

Pole dancing probably started in America in the 1920s, when traveling show dancers used a tent pole as a prop in their acts.[citation needed] The relationship to Chinese poles is unclear, Chinese troupes performed in Barnum and Bailey's Circus from 1914 but they did not perform on poles.[5] Pole dancing gradually moved from tents to bars in the 1950s.

Early stories tell of African tribal rituals in which betrothed women would dance provocatively around a wooden phallus. The dance was designed to show their future husbands how they wanted to be made love to.

Pole has been around in a handful of cultures for a few centuries, but, approximately, in the last 5 decades has it been synonymous with stripping or other “lude” [sic] behavior.

“Pagan fertility rites can be used for humans, cattle or crops and range from dancing round the maypole to blessing cattle as they go out into the field.” suite.com

In 1994, Fawnia Dietrich got hired as an exotic dancer in Canada. She immediately was drawn to the athletic yet sensual movements of the dancers she watched and learned from. After a few months, Fawnia opened the world’s first Exotic Dance School and became a pioneer for pole dancing and pole fitness. Since then, pole fitness slowly began to develop into what we are seeing now. It seems that pole dancing was more widely accepted in England and Canada before most other countries. Among many other fine titles, Dietrich is UPA’s Pro-Poler of the year for 2011. To learn more about Fawnia click here.

Polar Opposites is a USC documentary film that will investigate the pole dancing trend and why women are flocking to the pole.

Sheila Kelley followed Fawnia's footsteps after getting into pole dancing during a movie shoot (which was released in 2000).  She has opened eight S Factor studios around the United States.

Sheila Kelley is the global femme leader, author, and originator of pole dance fitness and feminine movement for the empowerment of women. She is an esteemed actress, filmmaker, dancer, and a passionate voice for the advancement of women in the world.


When Sheila starred in and produced the film, Dancing at the Blue Iguana, she needed to prepare for the role of "Stormy" by learning how to striptease and pole dance. As a result, her body became long, lean and fit. She decided to take her knowledge of ballet, exercise and exotic dancing, and combine them into the most effective fitness workout ever devised for and about women -- S Factor.


"S Factor was born when I discovered my sensual power and the best body of my life while preparing for my role as an exotic dancer," says Sheila. "My life changed so profoundly just from moving in this organically feminine way, that I’ve dedicated myself to sharing this extraordinary journey with other women."

And one last article...

How did it all happen? In July-2003, Shawn was asked to teach a pole-dance class in Los Angeles. She did, and then those students brought their friends, and they brought theirs and so on.
The women attracted to and seeking Shawn's classes were informing her that they were specifically interested in something more “authentic” than what was already available out there. At the time, there was only one “pole dance” class available in Los Angeles, SFactor, and it seemed to be more “empowerment” based, rather than exotic dance based.

So there you have it.  A little more information about the history of pole dancing! 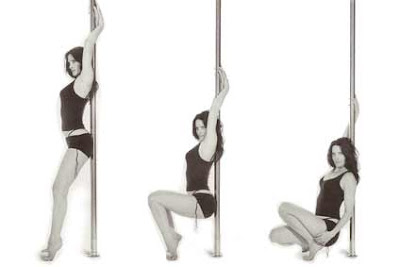 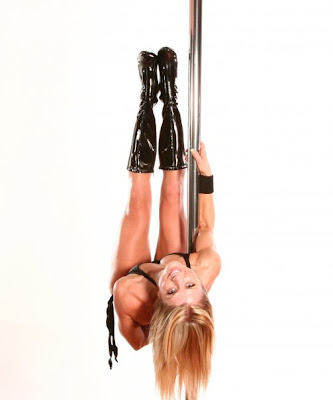 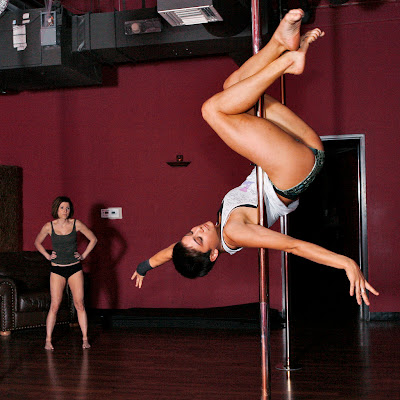 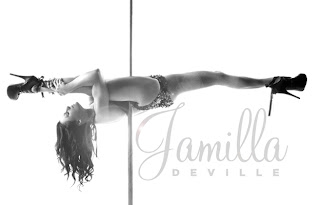