I have been so tickled to have some of the most amazing pioneers of pole dance respond to my request for an interview.  Here is another one of our girls who has helped blaze the trails!  This is Annemarie Davies of United Pole Artists!
You have been pole dancing since 2002, which makes you a pioneer of the industry!  How do you feel about pole dancing going mainstream? 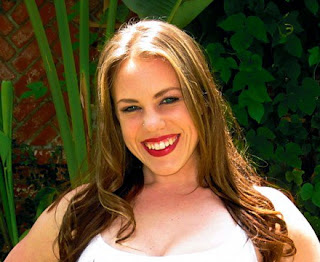 Who are other pole pioneers that you admire?

I admire Fawnia Dietrich, Bobbi from Australia for always staying true to who they are.   I also admire J.K. Aloia for being super amazing, staying out of the scene because for her it's just about pole and nothing else.

You won Entertainer of the Year at the Spearmint Rhino.  When did you decide to leave the club and start teaching in a studio?

I knew that I wanted to leave the year that I won, which was in late 2005, crowned for '06.  There was no way I could lose, in my head, because it was the only way I could exit.  I did my tour, and ended in December of '06 and tried to quit.  After a few weeks, I realized I was broke, with no experience in anything but "dancing", so I went back, but to a different club.  That's where I met my now boyfriend, fell in love, and 6 months later, mid 2007, I quit cold turkey and had to find an alternative.  That's when I found X-Polesititons and Jumbo's Clown Room, then later, Evolve.  :)

How did the idea for United Pole Artists come about?

After we produced Pole Star Invitational in 2008, I got really depressed because I knew we wouldn't be doing again, and so much work went into it.  There was a feeling that I had to do something, I just was unsure of what.  The thought of a website came to mind, with no real idea of what I do or how I would do it.  That developed over time.  The idea came because all I do is think about pole dancing, so I figured a site where I could talk about it all the time would be a good start.

You also perform at Jumbo's Clown Room and teach at Evolve Dance Studio in Southern California.  How do you feel your background in exotic dancing has enhanced your ability to perform and teach your students?

Because I was able to dance fully nude in front of people, I gained a confidence with my dancing, and felt like I could do just about anything in front of anyone.  From being in several different types of situations on stage, there is a sense of comfort and control that I have when I'm up there, and that translates over when I'm teaching.  I never feel frustrated, angry, scared or intimidated, and I believe that helps when I'm in a room with 8-20 other women who all have their own opinions and ideas.  :)

Tell us one thing about you that people might be surprised to hear.

I often get nervous when performing a choreographed routine!  Terribly nervous.  Sweaty palms, butterflies in my tummy and a lot of pacing back and forth. 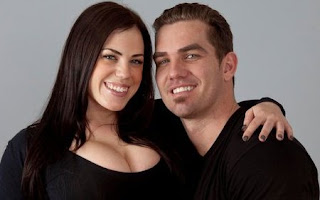 Already, there is a difference with this year.  This will be the year that determines a lot of things for me and for United Pole Artists, which is my number one focus in life, besides my boyfriend and my family.  I want to live this year as if the world is going to end as predicted.  There will be no holding back, there will be an endless amount of work, and every opportunity to celebrate will be had!

Thank you for being part of my blog.  I look forward to seeing you soon!

Thank you so much for asking me these questions!  I will see you in Los Angeles for the Pole Show!