The Jenyne Butterfly issue of Vertical was released recently.  I wanted to link to the articles I wrote.  :-)

If the world ends in 2012, many can die happy after witnessing the performances at BeSpun’s third annual Pole Show LA, which was held on January 28, 2012. Even a few technical issues could not spoil the excitement of the hundreds of pole fans who crammed into BeSpun and Legends MMA gym for the event. The show was sponsored by X-Pole, The Pole Dancing Shop, Mighty Grip, Dew Point and Pole Expo Las Vegas.

Read the rest of the article HERE.

I also wrote a piece about Pole Expo in Las Vegas in September 2012.  I didn't find a link on the website, so I guess you'll just have to buy the magazine!  ;-)

September 6-9, 2012, pole fans from all over the world gathered at The Palms in Las Vegas for a weekend of workshops, seminars and shopping at vendor booths.  The weekend was topped off by the Pole Classic Competition and Showcase.


Pole Expo was created by Fawnia Dietrich, owner of Pole Fitness Studio in Las Vegas.  Fawnia was the first to open a pole dance school in 1994 and is one of the pioneers of bringing pole dance to a mainstream audience.  It is fitting that she has now created this event for us to celebrate all that is pole dance. 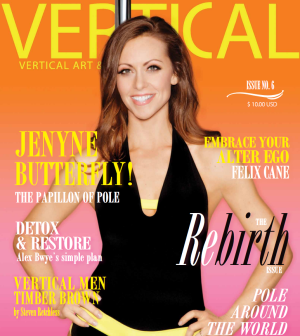