I haven't hit my other pole goals really, but I have two new ones to add!

Here is a picture of Lo doing it and then here is my attempt.  This will be part of my cross-ankle release goal. 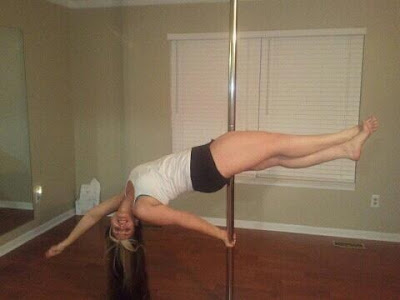 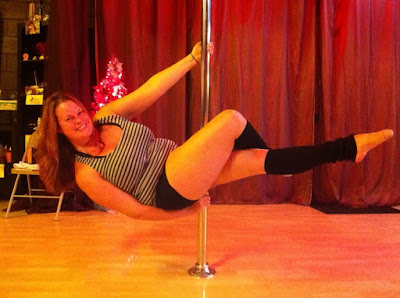 The Iguana Walk is the amazing move that Jenyne Butterfly does where she looks like she's walking down the pole.  The girls who took Natasha Wang's advanced workshop said they were learning the Half Iguana, where one hand is holding on to the pole and the other is in handstand position.  I have been trying to kick into the handstand and haven't been able to yet.  I did it from a headstand, but it isn't really the same.  But now I have the "feeling" down so I am going to keep trying until I can essentially do a one-armed handstand!

Pictures of me kicking around: 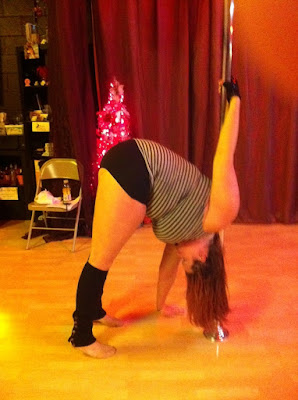 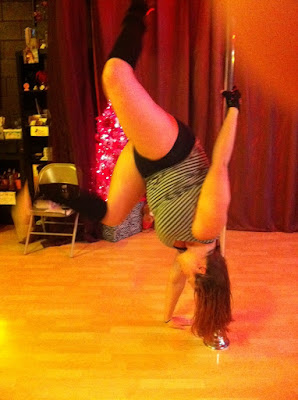