Last month, I wrote about what the BART strike cost me personally.  The strike ended after four and a half days, with an agreement to extend contracts 30 days to get the trains moving again.

I wrote that blog on a Friday...before I left work for the day.  Since the trains started again at 3 PM, apparently the ferry decided to go back to their regular schedule, without notifying anyone or updating their website.  I left work at 4 PM hoping to catch the 4:30 ferry home.  When I got there around 4:15, I heard the boat horn blast...and I knew I had been left behind.  I joined a long line of unhappy campers who were informed that the ferry had returned to it's regular schedule and that another ferry would be along at 5:20 for us.  We were furious.  The lady who worked for the ferry said, hey you could take BART home (oh yeah, except our cars at at the ferry, you idiot!!!).  Then she told us to just be happy it was Friday.  She's lucky no one attacked her.  A lady in line asked why there was a boat sitting at the docks.  She was informed that it was an extra boat -- just in case.  That lady then marched down there, spoke to the captain and got us on the boat.  We left around 5:00 PM (half an hour later than we thought we would leave but still 20 minutes earlier than we would have on their "regular"ferry).  What a clusterf*ck.  Seriously, the ferry didn't think that all of those people who rode the ferry over wouldn't have to return??  Not the smartest move, friends!

Anyway, last week, I ended up speaking with Bay Area News Group reporter, Erin Ivie, about the BART mess.  It was frustrating knowing the strike was really only postponed.  Frustrating that BART management and the unions and workers didn't seem to be negotiating much, and that the lead negotiator took a 10 day vacation in the middle of this mess (after being paid $399,000 for his four month contract).  Frustrating that 2,000 union members were probably going to again hold 200,000 daily BART commuters (not to mention all other commuters now sharing ferries and the road way) hostage by striking again.  Erin sent a photographer, Dan, on BART with me to do a little photoshoot of my commute (which was funny...people sure do get squirrelly around cameras!!).  What I didn't know was that this story would be front page of the Saturday news in the Contra Costa Times, Oakland Tribune and San Jose Mercury News.  It was so cool!  I got tons of texts and e-mails from friends who were also enjoying my new "celebrity" status.

The strike was supposed to start again today.  At 10 PM last night, well past most of our bedtimes since we were supposed to be getting up at 5 AM, Governor Jerry Brown called for a 7 day extension in order to investigate whether or not BART and the unions have been negotiating in good faith.  This potentially means everyone could be doing this all over again next week, but I guess I personally won't have to worry about it since I'll be out for surgery!  I had written a letter to Governor Brown, as I am sure many people did, asking him to step in.  Being a union guy, I am very surprised he did step in.  Although I am also very grateful as I did not want to spend the two days I had to come to work this week stuck in a crappy commute.

Below are links to the article and photos.  I will also post some of the photos in case the link goes bad.  They are copyrighted, belonging to the Bay Area News Group.

Myers, who travels to San Francisco for work, got a taste of how things might be during the four-day strike in early July, getting up at the crack of dawn and traveling for two hours by car, ferry and foot to make it to her job. She owns a car -- unlike many others who take transit to work -- but parking near her Embarcadero Center office was more than $50.

"If this is going to be something that goes on for one or two months, it's going to affect everything I do," said Myers, whose added time spent commuting also cut into her nighttime job as a dance teacher. "It affects my bottom line. I guess I'm going to have to get used to waking up early enough to cover the extra hours in each direction.

Read the rest of the story below: 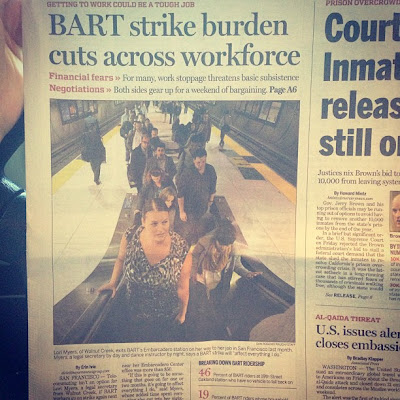 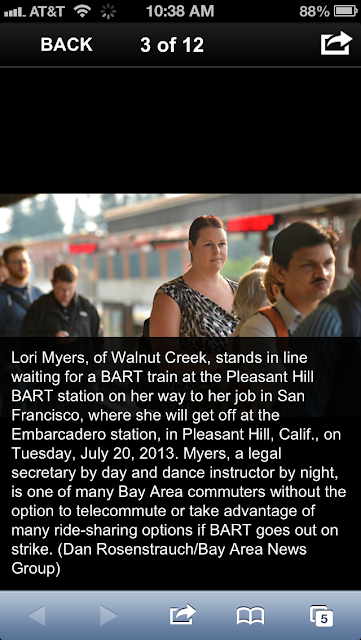 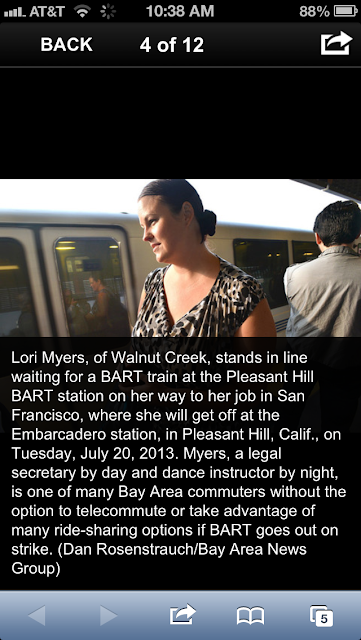 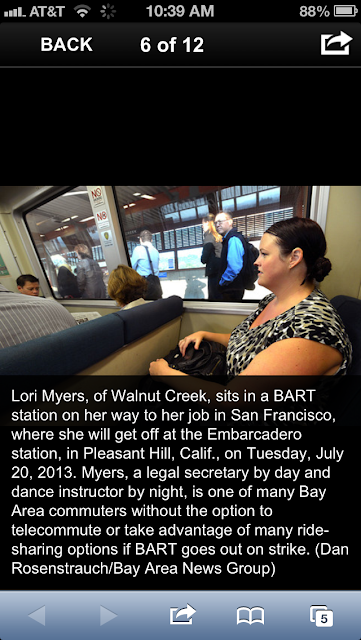 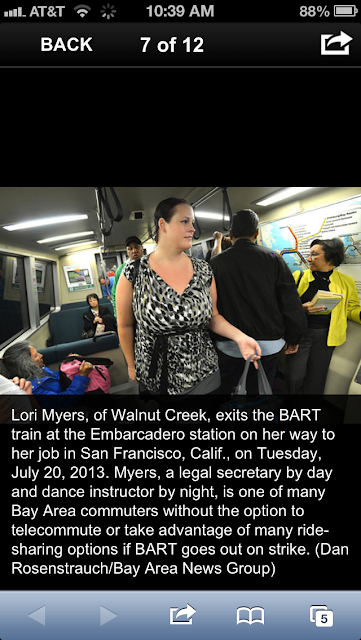 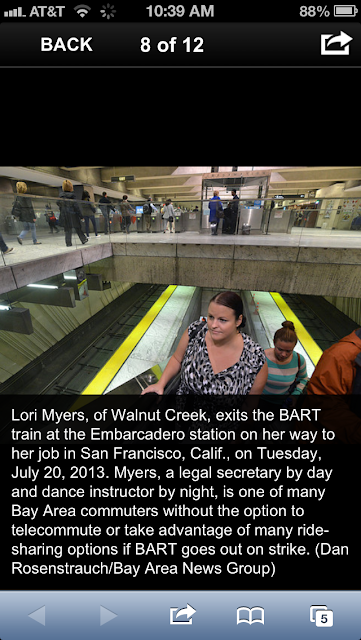 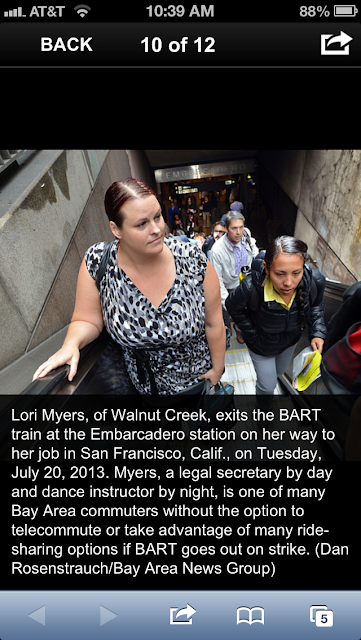 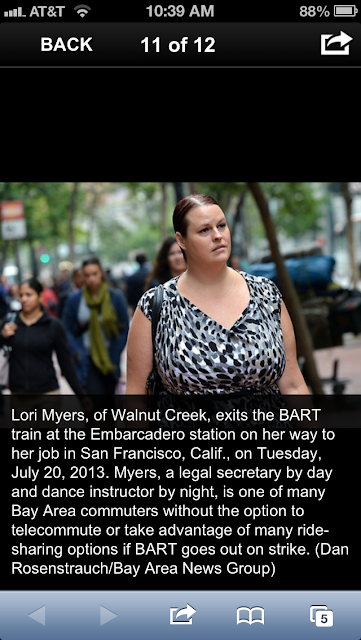 Posted by lolorashel at 4:30 PM