This month's blog hop is about social culture and pole.  You can read our instructions HERE, but there are so many amazing quotes that Sheena found that I want to paste them in below so you don't miss them:

In the last few years, the popularity of pole dancing has grown in leaps and bounds, not to mention bumps and grinds. via the Huffington Post


What was once a dance that was synonymous with strip clubs, pole art has become an underground community that is finding its way into mainstream dance, fitness, art and culture. via the LA Times

It’s a sport that’s gaining popularity globally as a fitness trend – with ambitions for inclusion in the Olympics – but it still has an image problem. via the Guardian


This wasn’t a disco. It was no country club either. These women — and yes, men, too — have moves that are better than Jagger. The best of the best in the art and sport of pole dancing showed their stuff on Saturday, Day 2 of the third-annual Midwest Pole Dancing Competition and Convention, which drew 400 to 500 people to the Tinley Park Convention Center. via The SunTimes

There are terms a pole-dancing judge just doesn’t use at the World Pole Sports Championships. ”Spatchcock,” for instance. That’s what pole dancers usually call the maneuver Liza Szabo worked into her routine….. the old name wouldn’t do for this venue. Here, her move was officially the “FM10,” and for good reason: The meet’s organizers want to reform pole dancing into a sport respectable enough to go to the Olympics. via The Wall Street Journal


Clad in knee-high leather boots, spandex shorts and a sports bra, Xiao Yan struck a pose two feet off the ground, her head glistening with sweat and her arms straining as she suspended herself from a vertical pole. via The New York Times

Pole dance is a form of performance art, historically associated with strip clubs and dance clubs, which combines dance and acrobatics centered around a vertical pole. via  Wikipedia

These are our statistics

According to United Pole Artist, these are some of our pole dance statistics as of 2012. (we can’t substantiate these numbers at this time, fyi.)
Fewer and fewer people raise their eyebrows when I tell them that I pole dance.  To me, that means that pole dance is finally starting to become part of mainstream culture.  A couple of years ago, I asked how long it might take for pole to truly be accepted.  I guessed: "about a generation."  If you think about it, we're over half way there!  The first studio was opened in 1994 -- 20 years ago, but it has really been in the last 8-10 years that studios have started popping up all over the United States.  So, we're well on our way to becoming a staple in pop culture so that no one needs to make fun or call us strippers anymore (not that there's anything wrong with stripping, but you know that person means it as an insult when they say it). 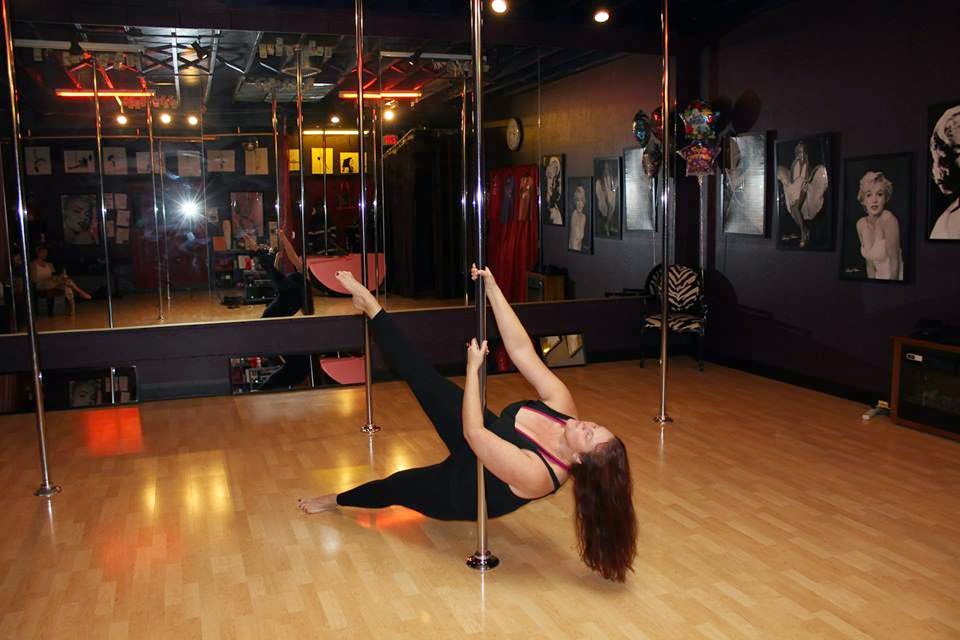 I have been trying to piece together the history of modern pole dance.  My fourth post on the topic can be read HERE (and you can follow the links back to see posts one through three).  Speaking of strippers...do you think we need to sanitize pole in order for it truly become mainstream?  You can check out that post HERE (and again, follow the links back to other posts that may be relevant).  I think part of the process is allowing men into pole studios.  I know many women feel like they need a safe place (and I think having women-only classes is fine, but women-only studios excludes a ton of people who also want to be able to express themselves through pole dance).

Pole dance means so much to me.  I am learning to get in touch with my emotions and my body.  I have met so many amazing people, and have had so many awesome opportunities present themselves thanks to pole.  Whether it is ever truly accepted in the mainstream, I do not care.  I will forever be grateful to pole dance for the fun times over the last four and a half years (and look forward to many more to come!).

Posted by lolorashel at 4:44 PM