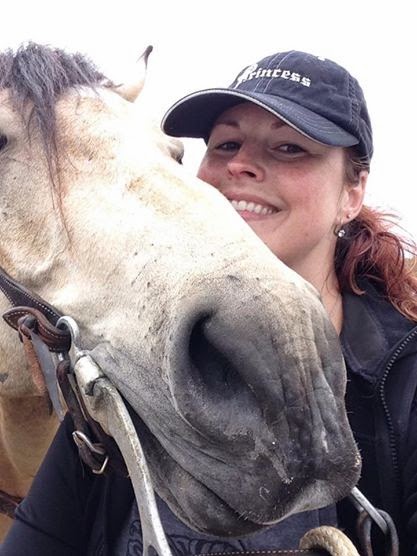 Something I haven't done in a few years, since I gained weight, is ride horses.  Horses are my happy place.  Ever since I was a little girl, I've loved horses.  My friend in middle school had horses so I used to ride with her.  My mom and sister have had horses for years.  I was lucky enough to have Tank for about five years but had to give him up thanks to money issues five years ago.  In the past five years, I have managed to gain about 50 pounds and have felt heavy, uncoordinated and not strong enough to ride.

My mom has been asking me to go riding for the past year or so.  I told her when I stopped working in San Francisco, I would go.  Well, I have been at my new job for a few months now and it was time to take her up on that offer.  So, last weekend, we went riding on the beach near Monterey.  I was worried I wouldn't be strong enough to pull myself up on the horse.  Or that I would be scared.  Or that I would fall off.  But I was just fine.  Being horseback on the beach really is my happy place. 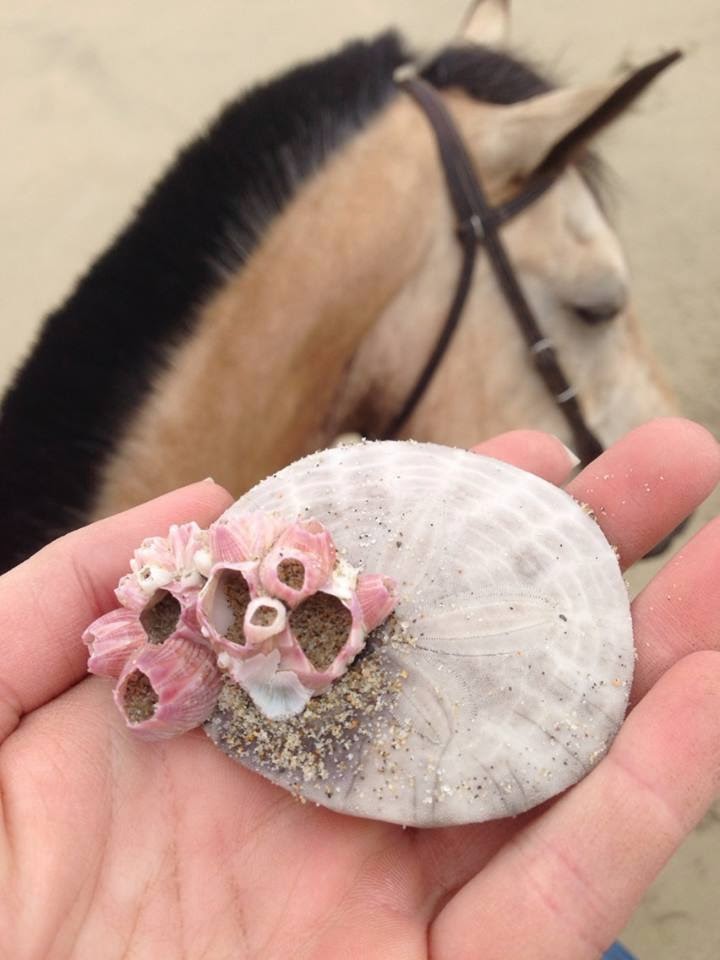 My mom did kindly let me ride her more gentle horse, Rio, as my sister's horse, Beau, is also known as "grumpy."  Although Rio did get a little skittish when the waves washed up around his feet, he was a great horse to ride.  There was once incident where an idiot college kid threw a skim board toward us right as a wave washed up and Rio started backing up and preparing to spin.  I had worried if something like that happened, I would have gone right over the saddle.  But my body moved with him like we were one.  My heart rate didn't even increase.  It was awesome!

We rode along the beach, gathering up cool sand dollars with pretty barnacles on them.  We saw part of a big barge that seems to have crash landed on the beach.  We saw dead seals and birds that will poop on you if you ride through them too quickly.  And, after the ride was over, we let the horses roll on the sand, which is always fun to watch.

My poor knees and ankles hurt a lot after the ride, so my age is showing there.  But I really had a good time with my mom, which was something our relationship needed as well.  I look forward to adding horseback riding back to my activity roster.  I really missed it! 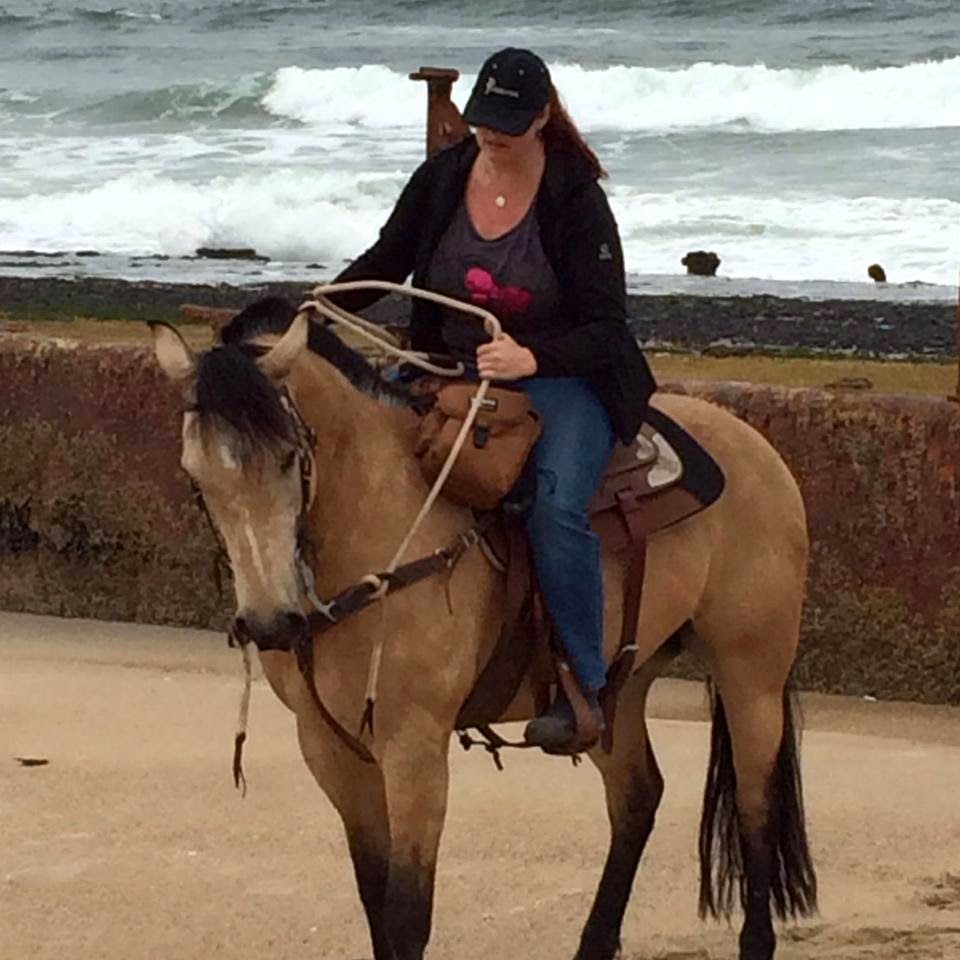 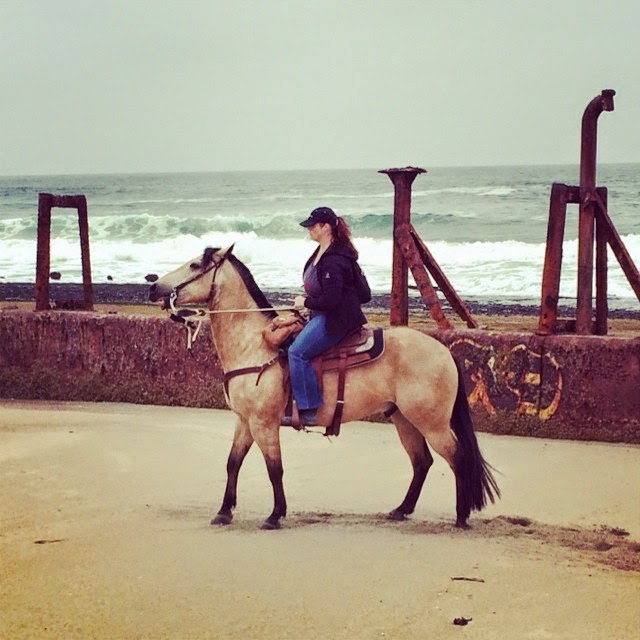 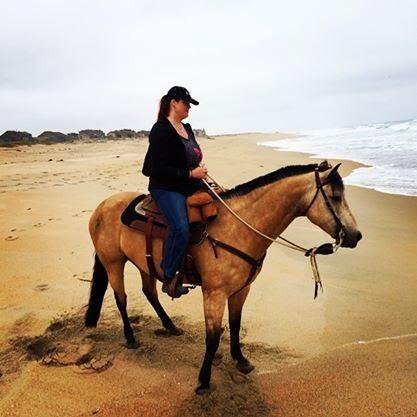 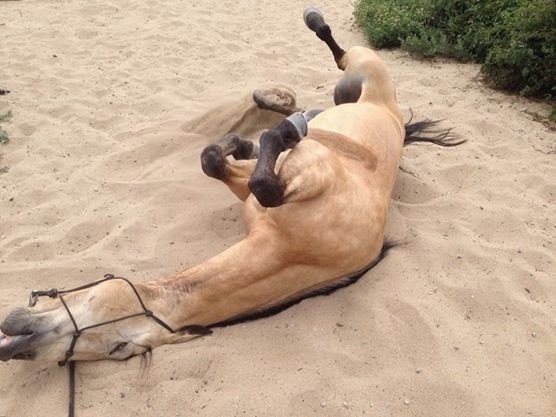 Posted by lolorashel at 9:00 AM